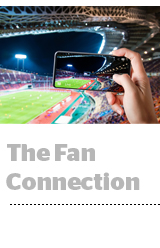 When fans visit the newly built Mercedes-Benz Stadium in Atlanta, they immediately face an entranceway deliberately stacked with visuals: a giant falcon statue, a halo-shaped video scoreboard and a view of the city skyline.

The first thing many do is take a photo and blast it across social media. And as they do, stadium staff will track live fan activity via Wi-Fi and proximity beacons, creating a flow of data that can be used to improve the fan experience while boosting marketing efforts.

The Mercedes-Benz Stadium is part of a growing trend of sports teams developing mobile-first data operations at their new and existing stadiums to secure the next generation of fans.

“Point-of-sales systems, ticket check, Wi-Fi, video, audio, internet, communications and a host of other things all need to work seamlessly for fans to have a great experience,” said Shannon Miller, associate partner at IBM, the technology integration consultant for at Arthur M Blank Sports and Entertainment (AMBSE), owner of the Atlanta Falcons and Mercedes-Benz stadium.

As with other new data-centric stadiums, many features – app-based parking assistance, ride-hailing service pick-up zones and paper-free ticketing – don’t tie directly to revenue, but act as a way to “get people to and into the stadium more effectively,” said Mike Gomes, senior VP of fan experience at AMBSE.

The bonus is the knock-on benefits of people spending more time in the stadium surrounded by sponsor messages, food, beverages and merchandise.

The Mercedes-Benz Stadium was built from the ground up for mobile connectivity. But since most sports organizations can’t spend $1.6 billion dollars to build a new stadium, there’s a surge in technology investments to support existing facilities.

The Florida Panthers of the National Hockey League, for example, shifted a huge chunk of its budget into stadium internet bandwidth, said Amanda Cifu, the organization’s senior marketing manager.

“We had some outage problems last year because video takes a lot more bandwidth, and there are just more phones looking for service,” she said. “That doesn’t need to happen much before you realize overspending on Wi-Fi pays off big time.”

The second-order benefits of a strong internet service include a steady data stream and better marketing.

People get free Wi-Fi, for instance, by handing over their emails or linking their Facebook accounts, which creates “a nightly dump of emails and contacts that keeps the top of our sales funnel fresh,” Cifu said.

The Panthers’ Ticketmaster sales data – like a CRM for sports teams – can be matched to Facebook accounts. If the stadium hosts a concert, the team can connect regular game attendees to fans of the band on Facebook. And people who post public photos from the stadium to Instagram or Facebook can also be tied back to Ticketmaster sales, so the team can gauge whether it’s improving its first-party ticket sales or turning new attendees into regulars.

“Bandwidth is the necessary starting point for a lot of next-steps we’d like to take for things like measurement, in-stadium messaging or mobile payments,” Cifu said.

Auburn University’s athletic department has geo-mapped its stadium and incorporated Verizon as an infrastructure provider and sponsor for its app. At AMBSE, IBM plays a similar role.

“For a college campus-based stadium in particular, being able to draw this half-mile wide map of the stadium that let’s you target and draw people in the area to the stadium is important,” said Cassie Arner, the athletic department’s associate director for strategic communications.

Auburn has also begun integrating its app and in-stadium connectivity with sponsor packages, she said.

“There’s only so much signage in a stadium, but tying in a mobile app means the ceiling on that kind of inventory is however how high we can grow it,” she said. “And sponsors are always looking for that new touch point that’s as close to true fan engagement as they can get.” 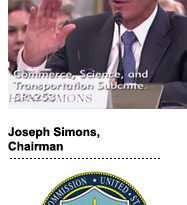 November 27, 2018 Programmatic Comments Off on The FTC Is Gunning For Greater Powers To Deal With The Data-Driven Economy 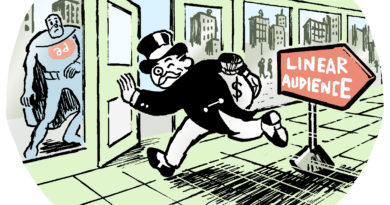 Dentsu: On The Road To Recovery, Marketers Look For Agility