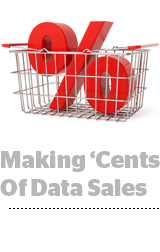 Data providers have embraced an alternative way of buying audience segments: selling data as a percentage of media rather than transacting on CPMs.

Instead of buying data at a fixed rate per thousand impressions, a percent-of-media model ties the cost of data to the cost of media.

An advertiser, for instance, is unlikely to spend $2 per thousand impressions on data if the media itself has a $3 CPM. Instead of data consuming 40% of the budget, a percent-of-media price caps the cost in the 10-20% range.

That cap means buyers who were previously priced out can now buy audience segments, opening a new market for data sellers. Specifically, this model is meant to appeal to advertisers running performance-oriented campaigns who want to target cheap inventory.

Percent-of-media rates are a more efficient way to buy and sell data, Frantz said, plus there is an advantage to offering the flexibility of multiple pricing models.

Oracle is the most aggressive driver of the trend, with live integrations with DataXu and The Trade Desk enabling percent-of-media buying for its data on their platforms. ODC would not disclose whether it has similar deals with other DSPs.

ODC has the heft to get DSPs to offer bespoke buying models for its data, but other data companies, like NinthDecimal, Grapeshot and TruSignal, favor the trend since it allows them to enter more transactions. The data may be cheaper when attached to low-CPM campaigns, but it’s a market of advertisers that otherwise doesn’t buy their data at all.

Performance agencies also benefit from the percent-of-media model because they can buy premium data at favorable rates if it’s applied only to cheap inventory.

Identifying percent-of-media buying opportunities is “a huge focus internally,” said Laura Taylor, principal media trader at Goodway Group, because it allows the agency to return savings and incrementally increase ROAS for a campaign.

Neo@Ogilvy, which was recently folded into GroupM’s Mindshare, has “seen a lot of value buying data as a percent of media when we’re identifying premium audiences” in open exchange environments, said group director Gabrielle Nastri.

Six DSPs contacted by AdExchanger said they support percent-of-media pricing for data if clients bring their own vendors and pricing model to the platform. Two DSPs have dedicated products supporting it.

DataXu, for instance, launched Open AI for Ads in December, a bidding solution that prices third-party data sets on a percent-of-media model. ODC is its only data partner.

The Trade Desk is an early adopter of the model, with a percent-of-media data product called the Data Alliance.

The Trade Desk said the Data Alliance product is marginal to the overall data revenue, but it declined to specify further.

Location data company NinthDecimal only integrated with the Data Alliance last summer, but the channel already represents about 10% of its monthly revenues from The Trade Desk, according to CRO Brian Slitt.

Other scaled DSPs, such as AppNexus, MediaMath and Adobe Advertising Cloud, can accommodate percent-of-media buys. If advertisers and third-party data partners negotiate individual pricing deals, the DSP will typically apply that rate to the platform.

“We have the technical capability to do data as a percent of media, and we’re testing it,” said AppNexus product management VP Steve Truxal.

As programmatic evolves, “data is being used in smarter ways,” said MediaMath CMO Dan Rosenberg, which means more flexibility for when and where to buy against CPMs, media rates or on a contractually fixed fee.

“We like any model that makes it easier to manage and project advertising costs,” he said. 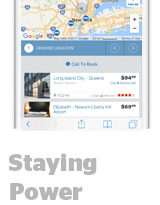 Motel 6: ‘Analytics Is Our North Star’

September 7, 2017 Programmatic Comments Off on Motel 6: ‘Analytics Is Our North Star’

During A Pandemic, TripAdvisor’s Christine Maguire Leads With Empathy 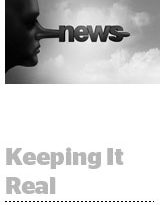