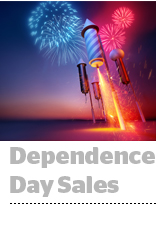 July is historically a slow month for the US retail industry. It splits Memorial Day and Labor Day shopping spikes, and foot traffic dwindles as consumers travel or hit the beach.

But this year, ecommerce and brick-and-mortar retailers are pouncing with mid-July promotional events, hoping to seize the shopping energy stirred up by Amazon Prime Day, now in its fourth year.

“But the sheer amount of money changing hands is luring other retailers into the fray,” she added

Macy’s has offered special deals all week for its “Black Friday in July” sales event, which it created in 2016 a year after the first Prime Day. And Best Buy introduced its “Big Deals Day” last year, with similar sales on consumer electronics as Prime Day but hosted the week before.

Online marketplaces are entering the fray this year. Zulily is having its inaugural “Thrill Week” with featured markdowns. And eBay is offering special $119 deals on popular tech items, a wink at Amazon’s $119 annual membership fee, with the promo code “Primotech.”

Amazon is never cited directly as a reason why retailers are turning to a mid-summer sales period that’s never proven fruitful before, but the shadow it casts across the industry is clear enough.

EBay has partnered with Google during its week of deals to include a free Google Home Mini, the voice-activated device that competes with the Amazon Echo (the top-performing item in the past two Prime Days). Google is also working with Walmart, Target and Best Buy on special low prices and bundled deals for smart home devices and streaming products like Chromecast (a rival to Amazon’s Fire TV stick).

These moves mark how much Amazon shapes strategy around this new shopping ‘holiday.’

“Other retailers are trying to realize a halo effect around Prime Day,” said Sid Kulkarni, an Adobe data science manager and analyst. “It’s partially about the general increase in visitors checking deals, but the real driver we see is the higher checkout rate of visitors actually making purchases during that time.”

Online visitors to major retailers on Prime Day last year were 35% more likely to make a purchase, and ecommerce outlets unaffiliated with Amazon saw a 17% jump, according to Adobe Analytics data.

With brands already keyed up for Prime Day campaigns, retailers also hope for strong advertising returns this month if they can take advantage of the conversion rates and high-intent traffic.

Zulily, for instance, will enter any shopper who visits the site all five days during its Thrill Week for a special prize – a good incentive to capture data and traffic.

Retailers are also upping their own marketing and promotions, which makes sense considering the higher value they can put on traffic during this period. Zulily will debut a TV campaign next week, and Macy’s and eBay released commercials this week promoting their respective sales.

There are reasons for caution before retailers jump headlong into July with splashy deals.

“Amazon generated some serious revenue on” Prime Day, Rosenblum said. “It is worthy to note that until now, it has not been profitable revenue.”

There’s a bit of “herding behavior” on display as retailers try to start their own July shopping event, Kulkarni said.

Other retailers have tried and mostly failed to establish major shopping days outside of national holidays, he said, and are probably committing strongly to events this month out of concern that Amazon can soak up consumer oxygen over the summer and, potentially, cut into back-to-school and holiday shopping periods when retailers traditionally see an uptick after a summer lull.

A recent consumer survey by Adobe estimated about a third of the US population isn’t aware of Prime Day. “So there’s still plenty of room to grow the awareness and that opportunity for retailers during that period,” Kulkarni said. 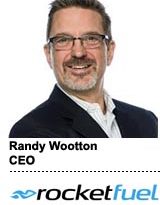 Rocket Fuel Reorgs And Lays Off 11%, Calls Plan To Return To Growth Unchanged

January 10, 2017 Programmatic Comments Off on Rocket Fuel Reorgs And Lays Off 11%, Calls Plan To Return To Growth Unchanged 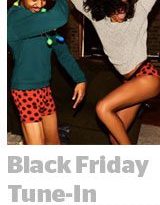 December 7, 2016 Programmatic Comments Off on MeUndies Had Black Friday Covered With Facebook Live 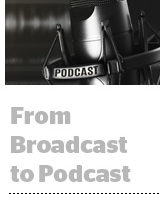 Why Launching A Podcast Network Was A No-Brainer For Turner

September 12, 2018 Programmatic Comments Off on Why Launching A Podcast Network Was A No-Brainer For Turner