Martin Sorrell took a page out of his own playbook when he launched his new holding company, S4 Capital, in April.

S4 released a 191-page prospectus Tuesday detailing its financials, share structure and go-to-market strategy. If all goes as planned, the company will begin trading on the London Stock Exchange on Sept. 28.

But Sorrell’s strategy and positioning for S4 is different from WPP’s, reflecting how the rules have changed for operating a successful agency network 30 years later.

Sorrell will own 18% of S4. After it goes public, he and “persons considered to be acting in concert with him” will own just over 26% of the company, the document said.

CEO Victor Knapp and COO Wesley ter Haar of MediaMonks, the Netherlands-based digital production shop S4 bought for $350 million in July, each received $3.5 million from the acquisition and will be paid an additional $3.5 million on its one-year anniversary. MediaMonks brought in $88 million in revenue in 2017.

Like WPP, S4 will build through acquisition, but S4 will look for agencies of a different flavor than WPP.

WPP’s first acquisition in 1987 was J. Walter Thompson, known for producing expensive and flashy “big idea” campaigns. S4, on the other hand, will look for agencies with services that are “agile, efficient, and of premium creative quality, in other words faster, better and cheaper.”

MediaMonks, which engages in two- to four-month projects that use emerging technology, meets that criteria. S4 estimates the market for digital content production is as large as $35 billion.

And while WPP bought big-name agencies like Ogilvy and Young & Rubicam, S4 will focus on data and analytics rather than economies of scale.

Big-name agencies in a holding company tend to operate autonomously, on separate P&Ls. Recently, that model has become difficult as clients demand integrated services across media and creative. To avoid silos, S4 will “be run on a unitary or single profit center basis” to increase collaboration.

In fact, S4 incentivizes collaboration. Executives will get bonuses for increasing shareholder value of the entire company, rather than just their business unit. MediaMonks employees stand to receive an incentive payout of roughly $17 million over the next four years.

S4 will also be open to taking noncontrolling shares in acquisition prospects. That’s a very different approach from WPP, which under Sorrell tended to acquire companies outright or ditch the deal. The company is “currently reviewing a number of opportunities” for acquisition.

S4’s business model reflects changing competition. While Sorrell shrugged off the influences of consultancies when he headed WPP, S4 calls them out: “New market participants, such as consultancy businesses and technology companies” like PwC, Accenture and Deloitte are direct competition.

“Brands are increasingly demanding large scale global digital transformation programs that require an end-to-end delivery skill set of the kind which MediaMonks is able to offer,” the prospectus said.

Despite its more modern approach to building an agency empire, S4 faces many of the same risks as WPP. The prospectus listed data protection laws, the ability to attract and retain new clients, unsuccessful acquisitions and loss of senior management, among others.

But the lack of an exorbitant pay package doesn’t mean Sorrell isn’t the boss.

He has exclusive ability to appoint and remove executives and approve acquisitions or divestments in excess of $130 million. Sorrell also has voting rights to defeat any shareholder resolution.

Sorrell’s control, which mirrors the ownership mindset he had at WPP, is a potential risk, the prospectus noted.

“Should the interests of Sir Martin and the Company and/or the other Shareowners come into conflict,” the document read, “the Company would be deadlocked and unable to take any action to further its operations and strategy.” 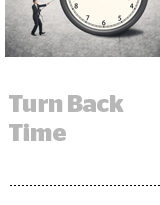 Agencies: Facebook’s Removal Of Third-Party Data Will Turn Back The Clock On Targeting

March 30, 2018 Programmatic Comments Off on Agencies: Facebook’s Removal Of Third-Party Data Will Turn Back The Clock On Targeting 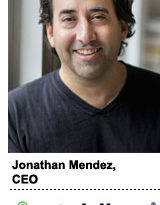 September 6, 2017 Programmatic Comments Off on Yieldbot CEO Explains Why He Laid Off One-Third Of Its Employees 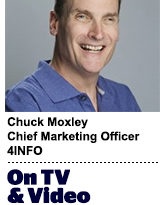 Are Advertisers’ ‘Tried-And-True’ Methods Lagging In The Age Of Me TV?

February 4, 2019 Programmatic Comments Off on Are Advertisers’ ‘Tried-And-True’ Methods Lagging In The Age Of Me TV?