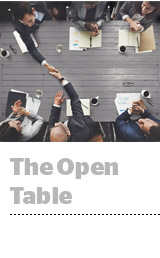 Development of the Advertising ID Consortium, a shared cookie-based ID service for programmatic companies, has stalled as two of the key backers, AppNexus and LiveRamp, undertake protracted M&A processes.

The consortium is still moving forward, according to sources with knowledge of the nonprofit group’s product development, but the already complicated politics of ‘co-opetition’ are exacerbated by AT&T’s takeover of AppNexus and LiveRamp’s ongoing talks to find an acquirer.

The Advertising ID Consortium is still building out its solution and new partners are still being added, said a spokesperson for the consortium.

The ID consortium is about creating liquidity between SSPs, exchanges and DSPs by consolidating third-party cookies into a single online identifier, said Joe Doran, chief identity officer of the consumer ID graph provider Signal. “That liquidity between vendors may or may not have direct benefits to first-party data owners that become involved,” he said.

While AT&T is interested in pursuing the Ad ID Consortium, which uses AppNexus’ cookie domain space as a shared ID asset, it will do its own due diligence on potential privacy or data-sharing concerns before committing resources or data to the initiative, said one executive who works on the consortium product.

And though LiveRamp benefits more than any other company from adoption of the consortium since it remains the only identity-based targeting extension from the shared cookie pool, its potential buyers are not among the consortium’s participants.

LiveRamp has also had to prioritize GDPR and the company’s M&A review, which have demanded product resources, according to company sources. An industry nonprofit initiative that isn’t core to revenue is naturally deprioritized, especially when would-be buyers consider it a potential liability.

The consortium is still adding demand-side and supply-side vendors and is working on direct marketer and publisher connections, according to sources. But where it has lagged is in adding non-LiveRamp identity companies that could target consortium cookies to online audiences – which is why MediaMath, an original founding member, left and has not rejoined the consortium.

“Our vision for this includes multiple [cross-device] options and that’s what we’re pursuing,” said Drew Bradstock, Index Exchange’s senior VP of product and one of the leaders of the consortium service, a year ago.

But the consortium service remains unchanged since last September.

The customer ID graph Signal was approached about joining the consortium but hasn’t yet because it still doesn’t support alternatives to LiveRamp’s IdentityLink targeting solution, Doran said.

“Unfortunately, the way in which the consortium has been established it is still a pay-to-play arrangement organized by a conglomerate of larger players in the programmatic space,” said Keith Petri, chief strategy officer of the cross-device ID company Screen6, referring to revenue accrued to LiveRamp when DSPs use its IdentityLink targeting service. He said the consortium has also not fulfilled its longstanding promises of product developments to deduplicate or match its ID across devices.

With the introduction of AT&T to the governance mix, Petri said delays and political challenges to mingling data are only stacking up. 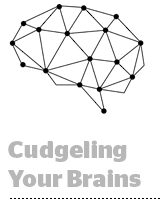 Despite Its Mystique, Cambridge Analytica Didn’t Offer Advertisers Anything Special

March 22, 2018 Programmatic Comments Off on Despite Its Mystique, Cambridge Analytica Didn’t Offer Advertisers Anything Special 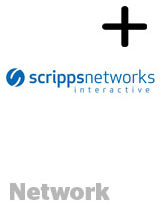 July 31, 2017 Programmatic Comments Off on Discovery Communications To Buy Scripps For $14.6 Billion 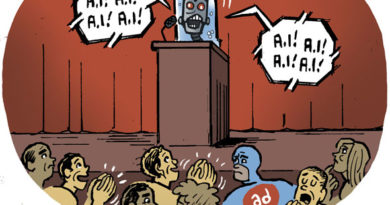