Consumers already overwhelmed by the number of streaming services are about to get walloped by a wave of newcomers. And expect that wave to bring an ocean of ads designed to drive tune-in.

This year, broadcast giants Fox and Sinclair are expected to launch their streaming services, the latter of which is named Stirr. In 2019, Disney and ATT will reportedly release their own over-the-top (OTT) services, adding even more fragmentation across content and screens.

Netflix is expected to spend $8 billion on content in 2018, while Amazon will drop about $4.5 billion, Observer reported. In June, Hulu CEO Randy Freer declined to disclose how much the streaming service would spend on new content in 2018, but said it would make about “20 or 25” new shows next year.

There’s room for more than one streaming service at the top right now, but not much, and with so much competition, it’s more important than ever for content providers to direct audiences to where and when they can watch new shows. Streaming services will have to be smarter when advertising to attract audiences.

“Right now we seem to have hit a ceiling on total households that are taking streaming,” Dave Morgan, CEO of Simulmedia, told AdExchanger. He noted that 35% of America doesn’t have fixed broadband, meaning no more than 65% of households have streaming services.

“Every new service will have to fight for that share of wallet and attention,” Morgan said. “It’s going to be noisy, and it’s going to require significant tune-in budget to do that.”

Consumers might not remember to tune-in if they’re not in front of a TV, Wolk said. At the same time, streaming services can’t rely on one show to drive viewership to the next, like they could during the days of “Friends” and “Seinfeld.”

“Tune-in marketing is probably become much more complicated, with a lot of networks [already] relying on social media and digital,” Wolk said.

Media agency 360i, which creates tune-in campaigns for Bravo, HBO and more, is being proactive about this change in consumer attention span. It’s currently working with clients to create microtargeting in tune-in campaigns, which are data driven and highly customized.

360i works with SambaTV to get smart TV data in order to build audience segments and create more targeted tune-in campaigns.

TV platforms like Roku are already taking note of the changing tides. In this new world of infinite content, there’s room for platforms to expand their businesses and build data-driven tune-in capabilities for traditional TV broadcasters.

“We sell a targeted tune-in product to broadcasters,” Roku’s SVP/GM of platform Scott Rosenberg told AdExchanger. “The product we sell is a combination of capabilities, such as user data used through machine learning models to predict who the likely audiences are, who would tune into a show.”

Bigger budgets and better tune-in advertising probably won’t solve the issue of increased “churn” in TV consumption, that is, when a customer signs up for a streaming service to watch a particular show, then cancels when said show is no longer airing.

Even the most sophisticated tune-in strategy will have to answer to the ultimate question: do consumers have the time – or patience – for all these newcomers? Only time will tell. 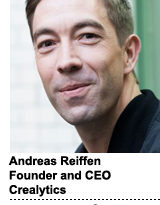 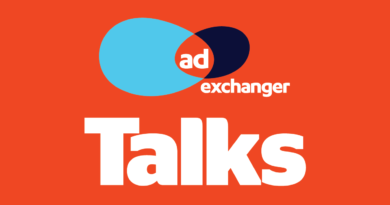 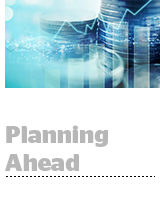