It was reported on Wednesday that the telco’s new CEO, Hans Vestberg, was planning to completely pull the plug on feeding data from subscribers into its media unit.

Verizon Media told AdExchanger that the original vision is still intact. Verizon will continue to supply certain forms of subscriber data for people who have opted into its loyalty program, Selects, as it’s been doing for a number of years.

Subscribers get rewards in exchange for sharing their data, including browsing history and a list of the other apps downloaded on their phone. The challenge there, however, is that the pool of opted-in users is quite small when compared to Verizon’s overall wireless subscriber base of around 100 million. Although Verizon doesn’t break out that number publicly, The Wall Street Journal estimates that only around 10 million people have opted into the program.

But it appears that is not enough for Verizon Media to become as major a player in the digital advertising space as Verizon’s multibillion-dollar acquisitions of Yahoo and AOL portended.

Verizon acknowledged this in an SEC filing in early December, when it took a $4.6 billion writedown on Oath, noting that its media business had “experienced increased competitive and market pressures throughout 2018” that are likely to continue and that “resulted in a loss of the market positioning to our competitors in the digital advertising business.”

2018 was also the year that Verizon Media lost its loudest cheerleader, former CEO Tim Armstrong, who left the company at the end of the 2018, handing the reins to former Alibaba executive Guru Gowrappan.

In early September 2018, just a few days before Armstrong officially announced his impending departure, the Journal reported that he’d been hindered in his ability to really capitalize on the AOL and Yahoo acquisitions in the face of internal sensitivity over privacy protection and data security.

At the same time, Verizon CEO Vestburg was far more interested in making hay with 5G than playing around with media.

While it’s unclear exactly what the future holds for Verizon Media – 5G is clearly a major investment area for Verizon, whereas the media business is in a state of flux – for the moment at least, it’s business at usual.

Over at AT&T, however, it’s pedal to the metal on pumping data into its media arm, Xandr. At CES on Tuesday, AT&T-owned Turner announced plans to start activating first-party data from AT&T’s 40 million set-top boxes for targeting and measurement across linear TV. 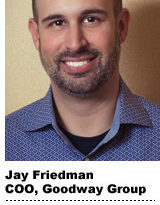 Programmatic Faces A Turning Point In 2018 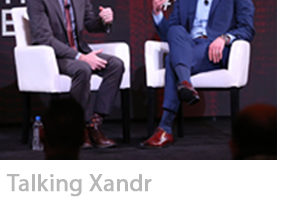 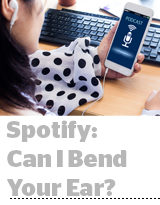