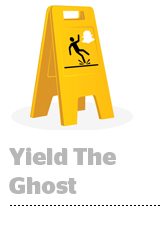 Some marketers have complained about Snapchat brand safety issues now that it’s transitioned to a self-serve ad platform. Last week, an ad directed to a fake news story about Chrissy Teigen promoting weight loss pills, Digiday reports. And last year, an ad that made fun of Rihanna’s experience with domestic violence was mistakenly promoted. Ad buyers used to laud Snapchat for the premium content in Discover, Snapchat’s curated editorial section. But with more scale comes the need for more oversight. “When you consider stewardship and protection, the bar continues to be raised in terms of how an aggregator and social network has to look after its consumers, advertisers and supermodels,” says Jeff Ratner, iCrossing’s chief media officer. “It is yet to be seen whether or not Snapchat has the tools and sophistication in place to do that successfully.” More. In related news, Snap’s CFO is leaving less than a year after taking the job.

The right-wing content outlet InfoWars, helmed by provocateur and conspiracy theorist Alex Jones, is now available on Roku. It’s sort of a “welcome to the club” headache for Roku, which will have to develop standards for quality and news on its platform as it scales. InfoWars was banned by YouTube, Facebook, Spotify and Apple last year after it sparked outrage for falsely claiming the 2012 shooting at Sandy Hook was a hoax (among other contentious stories). In a statement shared with AdExchanger, Roku said: “We are not promoting or being paid to distribute InfoWars. We do not have any commercial or advertising relationship with InfoWars. … While open to many voices, we have policies that prohibit the publication of content that is unlawful, incites illegal activities or violates third-party rights, among other things.  If we determine a channel violates these policies, it will be removed. To our knowledge, InfoWars is not currently in violation of these content policies.” More.

Netflix raised its price from $11 per month to $13, as the company juggles costs, potential subscriber growth and profit. Shares jumped 7% during the day. But the price of top programming has gone up dramatically, The Wall Street Journal reports. Netflix’s deal for “Friends” went from $30 million in 2018 to $100 million this year, and AT&T’s WarnerMedia, the rights owner, may pull the show next year once it launches its own streaming service. Other partners-cum-rivals, like Disney or NBCU, are also dropping content from Netflix as they launch streaming rivals, forcing the flix to spend more on originals while it faces tougher competition. More. How Netflix balances its costs and profitability has important implications for the advertising ecosystem, since the pervasive theory that Netflix will eventually introduce ads would happen if and when it’s pressured to increase revenue to cover programming costs. 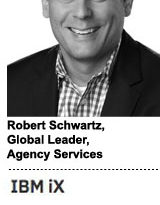 October 20, 2017 Programmatic Comments Off on IBM’s Agency Pitch Goes Straight To The C-Suite 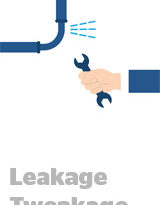 January 15, 2019 Programmatic Comments Off on PremiumMedia360 Aims To Help Sellers With Their Ad Revenue Leakage Woes