Mobile growth marketers are going through a few growing pains in the transition from ad networks to programmatic.

“There’s a lack of knowledge, a lack of resources, a lack of data and it requires a lot of research to find the right partners,” said Gabriel Sampaio, growth lead for digital channels at Rappi, an on-demand delivery app focused on the Latin American market. “But we’re a fast-growing startup and we need to keep growing fast.”

That urgent demand for growth, particularly among apps in the well-capitalized, multibillion-dollar on-demand category, is driving a shift toward programmatic as an increasingly important acquisition channel for UA-focused marketers that are tapped out on Facebook and Google and sick of the obfuscated reporting they get when working with ad networks, not to mention the rampant attribution fraud.

For the last few months, Rappi, which first started experimenting with programmatic around three years ago, has been testing a mobile demand-side platform for user acquisition from app marketing platform Jampp, which came out of beta on Wednesday and was designed specifically with non-gaming mobile growth marketers in mind, said Jampp CRO Jon Hudson.

The tool, available as a managed service, analyzes in-app and contextual signals related to an app category in order to create user profiles and find the behaviors most likely to drive performance, and then optimizes campaigns based on the desired KPIs. Marketers can also automatically create and test ad variations and access a real-time reporting dashboard to track user engagement.

DSPs that started out on desktop out don’t have a core competency in helping apps acquire users through programmatic, Hudson said, while most mobile marketing platforms tend to focus on the gaming sector and/or don’t have expertise driving the KPIs that performance-minded marketers at on-demand economy apps like Rappi, Uber or Deliveroo want.

The cost of an incremental user in a game – and that person’s eventual lifetime value – for example, is way different than the cost to acquire a ride-sharing app user whose LTV could easily run into the thousands over time.

But identifying quality mobile traffic sources at scale is hard work, particularly for lean, time-strapped UA teams used to buying on a cost-per-install basis from ad networks – and “there is just a lot of crap out there,” Sampaio said.

Which is why app marketers that make the move to programmatic often get a rude awakening when they see their actual success metrics, said Adrian Sarasa, mobile user acquisition director at online marketplace app Letgo, which has been running preliminary re-engagement test campaigns with Jampp.

“You need to be aware that your [cost per action] or whatever KPI you’re looking at will be different than it was before,” Sarasa said. “But the good thing is that it will also be more real.”

Although marketers can buy campaigns with Jampp based on whatever business goal they’re gunning for – whether that be winning share in a new geographic market, acquiring new users or generating more orders – it charges on a CPM basis, rather than CPI or CPA, because “we don’t want to be seen as a company that makes money in the middle,” Hudson said. “It’s still performance, but the cost model is transparent.”

Jampp started its own pivot into programmatic around two years ago when it became clear that the ad networks it was relying on to run client campaigns couldn’t – or wouldn’t – provide any transparency into placements when marketers came back to Jampp looking for clarification on reporting discrepancies.

“We just got sick of that,” Hudson said. 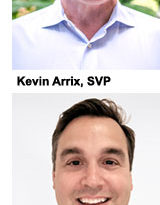 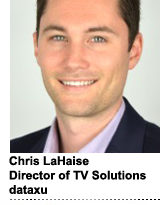 Wasted TV Impressions Are A Bigger Problem Than You Think

June 17, 2019 Programmatic Comments Off on Wasted TV Impressions Are A Bigger Problem Than You Think 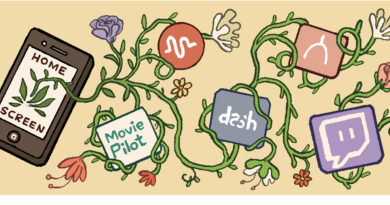 September 29, 2017 Programmatic Comments Off on Weather App Poncho Taps Into Snackable Content And Rich Notifications To Make It Rain