Tealium has raised $55 million in new funding, its sixth round, the company said Wednesday.

The round, led by Silver Lake Waterman with participation from ABN AMRO, Bain Capital and a smorgasbord of others, brings its total funding to $160 million since 2012.

Most of the cash will go toward growth in order to capitalize on the customer data platform (CDP) trend, and no existing investors are taking money off of the table.

Tealium began life as a tag management platform in 2011 and rolled out its CDP, AudienceStream, two years later. AudienceStream functions as a universal data hub of sorts for identity resolution, data enrichment and audience management – “like what MuleSoft does, but for the front office,” according to Tealium CEO Jeff Lunsford.

It’s a category investors can get behind – the CDP Institute projects that CDP industry revenue will exceed $1 billion in 2019, up 50% year over year – but it’s also “annoyingly crowded,” Lunsford said.

“There are companies that don’t do true CDP work that claim to, so you have to spend extra time educating your prospects,” he said. “But we’re building out our team to meet the demand.”

He says the company is close to breaking even today, but profitability isn’t the goal. “That’s why we raised capital – to make investments in the right places,” Lundford said.

Some of the new money is earmarked for building out partner integrations and hiring. Tealium’s headcount is 450 today, and it will recruit for new roles in engineering, operations, service, sales and marketing in the United States, Europe and Asia. Around 40% of Tealium’s revenue comes from overseas business, and the majority of its 850 clients are enterprise brands such as Ancestry.com, IBM and Visa.

There’s demand among the big guys for software that allows data to flow freely while adhering to data governance requirements. The next step is to make that data “AI ready,” Lunsford said.

“The biggest challenge in leveraging predictive algorithms is getting clean, structured data into the algorithms,” he said.

But what is the future for Tealium, a company that’s been on the scene for the better part of a decade and is now competing in a category brimming with startups, and coming soon, CDP offerings from all of the major marketing clouds?

Lunsford says the company isn’t for sale, and he’s hoping to be one of the last CDPs standing when the pivoting hordes move on to the next new hotness in a year or two.

“We believe the industry needs an independent and neutral provider to connect all of a marketer’s applications, and that’s what we’re building,” he said. “Our plan is to remain independent.” 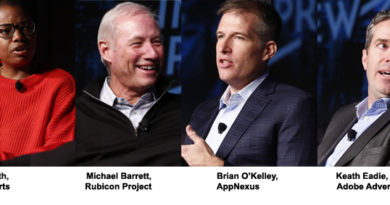 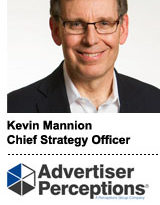 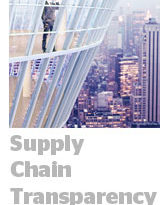 January 18, 2018 Programmatic Comments Off on Adobe And AppNexus Shed Light On All Fees From DSP To SSP