The digital advertising business ain’t easy – just ask any traditional publisher. But there are bright spots.

“We brought in enough digital ad revenue to beat back the decline of print, and I would attribute that mostly to the fact that our content and our journalistic relationship with consumers is highly differentiated, and we’re able to do that at scale,” she said.

Axios takes a very different approach to content by using a short-form format.

Its journalism centers on smart brevity and the notion that readers want brief, intelligently curated news hits and a filter for “all of the crap that gets thrown at us,” said Jim VandeHei, CEO and co-founder of Axios, which monetizes almost solely through short-form native advertising and doesn’t run any programmatic.

“Most people are not reading more than 100 to 200 words in an article,” VandeHei said. “People are dying for you to save them time.”

But it’s not that humans have no attention span, they’re just looking for valuable content in the right context. Sometimes they’re in a hurry, other times they’re leaning back or willing to pay for what they read, which is why there’s still a place for the long-form, 3,000-word investigative pieces published by the NYT.

“People do read long stories when they think their time is going to be used well and they trust that they’re having their attention directed by someone,” Kopit Levien said. “We have tons of evidence for that.”

The Times reached 4.3 million combined digital and print subscribers in 2018, and it aims to boost subscribers to 10 million by 2025. It spent $47.5 million on marketing to promote its digital subscription products during the first quarter, a hefty 50% year-over-year uptick.

It proves the NYT is serious about subs, but is that level of continued investment sustainable?

“We’re spending a lot of money on marketing,” Kopit Levien acknowledged, “but the majority of the money is on brand or on the middle funnel to convince people that what we do is worth paying for – and that pays back over a long time horizon.”

The real “unlock,” however, is the digital product, she said. Taken together, the user experience, content and customer journey play a central role in people forming an initial habit, paying and eventually (hopefully) staying.

Be that as it may, it’s impossible not to point out that President Trump helped form that media consumption habit for many people. The New York Times doubled its subscription base since he took office.

Kopit Levien slightly bristled at the suggestion that publishers are benefiting from a Trump bump.

“As of about this time last year, it felt much less like the president was driving our subscription business and much more like we were – we got our hands on the levers of the business,” she said. “The idea of people just coming and subscribing as a means of activism has really subsided.” 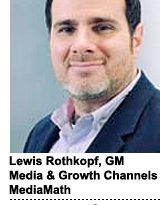 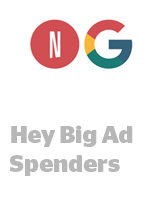 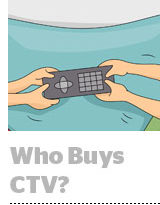 Inside The Agency Turf War Over Connected TV

March 18, 2019 Programmatic Comments Off on Inside The Agency Turf War Over Connected TV