Historically, that type of data – which lets user acquisition managers attribute revenue and lifetime value to specific users at the impression level – has been hard to come by.

Most third-party ad networks haven’t been set up to share that information, and when they do, it’s usually aggregated, which means advertisers can’t see which users came in through which campaigns, said David Gregson, a product manager at MoPub.

So, while app marketers pour money into their acquisition campaigns, they don’t know which ads hooked whales – coveted users that spend a lot of money in apps – or which users are better monetized through ads. If they did, they could tweak their budgets accordingly, and monetize their acquired users more effectively.

MoPub’s latest SDK update pulls revenue data tied to impressions from ad networks that have it and pushes that data out to a publisher’s third-party analytics and attribution partners without the need to create a new API. Partners available at launch include Adjust, AppsFlyer, Branch, Kochava, Singular, SOOMLA and Tenjin.

More sophisticated publishers can collect the data themselves from MoPub’s SDK and bring it directly into their own business intelligence stack.

Sharing the information on device rather than through an API allows MoPub to sidestep GDPR-related privacy concerns, at least in theory, because MoPub isn’t the one linking the data to a user ID. That’s up to the publisher or the attribution provider, if they have the right to do so, Gregson said.

The slow but inexorable shift toward unified auction-based buying and away from the waterfall setup is starting to encourage ad networks to surface impression-level data since they need it themselves to bid on the right users in real time.

There’s also been an evolution in the way publishers monetize to include more advertising, particularly rewards-based ads, rather than just in-app purchases, a trend that’s accelerated alongside the boom in hyper-casual gaming, Gregson said. And that means app publishers need to get smarter about their cohorts.

“The worst thing is to acquire users that are going to generate revenue for you, but then you spam them with ads,” Gregson said.

Still, a lot of ad networks aren’t built to capture impression-level revenue data, so when MoPub shares revenue information with publishers, it makes it clear which impressions represent exact revenue calculations and which are the ad network’s estimations, Gregson said.

“The marketer can then choose what to do with the estimates,” Gregson said. “We hope that exposing how much an estimate is will push ad networks to start providing more granular and accurate data in the future.” 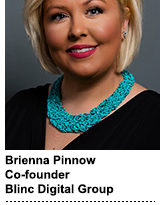 March 11, 2019 Programmatic Comments Off on Who Invited Facebook To The Upfronts? 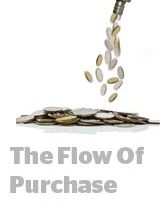 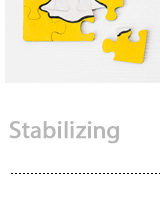