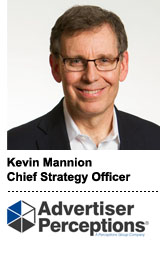 The demand-side platform (DSP) market has been in flux for the past few years, with the crowded field thinning into a handful of contenders that are “in the money,” said Kevin Mannion, chief strategy officer at the market research firm Advertiser Perceptions.

And the DSP market is finally hitting that homestretch.

In the latest Advertiser Perceptions DSP report, a quarterly benchmark based on surveys of more than 400 brand and agency executives, a group of larger DSPs have separated from the pack.

AdExchanger took a look at the top players and the second tier of DSPs that are chasing growth and sustainability in the market.

Display & Video 360 dominates but ad ID restrictions could change that

Despite Google’s seemingly unstoppable momentum, some marketers expect a shake-up when Google pulls its ad ID from programmatic campaigns, a policy that’s live in Europe and expected to roll out worldwide next year.

How the Google policy would impact the DSP market is hard to predict, Mannion said, because buyers are divided and unsure of the effects.

Nineteen percent of survey respondents said Google’s policy change would deepen the relationship, while 14% said they would work less with Google. The prevailing sentiment is to wait and see.

For instance, Amazon and some smaller players outrank Google on metrics like personal preference or intent to spend later in the year. But Google is utterly dominant on the three “selection drivers” that anchor account decisions: audience reach, a proven track record and an intuitive user interface.

Amazon has set itself apart as the No. 2 to Google in the DSP market. But it has excelled with certain categories, whereas Google’s strength is in its blanket adoption.

Amazon is also the No. 1 choice for managed service DSP accounts – when marketers pass budgets to a platform to spend on their behalf, without control over inventory or targeting (Amazon and Facebook stand out in this regard).

“Marketers are interested in and excited about working with Amazon,” Mannion said. “But when it comes to self-serve advertisers they don’t have the features and capabilities that are part of the criteria.”

The Trade Desk is best for self-service

The Trade Desk rounds out the DSP podium, and is the last clear “winner” in the category, in terms of products known to be profitable and securing market share, Mannion said.

The Trade Desk ranks third as the preferred DSP for all survey respondents, trailing Amazon and Google. Among self-serve DSP marketers, though, The Trade Desk leaps to the top.

What The Trade Desk has going for it is that the market is moving toward self-service tech.

Most respondents use primarily managed service tech through media networks like Google, Amazon or Facebook, where inventory is bought on behalf of marketers without granular reporting.

“But even though most respondents identify using managed service, the growth indicators favor self-serve,” Mannion said.

MediaMath has been one of the biggest overall DSP gainers in the past year.

Unlike The Trade Desk and most other programmatic ecosystem players, MediaMath has a strong managed service business, Mannion said.

Like The Trade Desk, though, MediaMath has benefited from the consolidation of ad-buying platforms by large tech players – like Adobe buying TubeMogul, Verizon packaging AOL and Yahoo into Verizon Media Group (née Oath) and AT&T’s deal for AppNexus, now Xandr Invest.

Adobe and TubeMogul, the DSP it acquired in 2016, dropped off the map for a couple of years as the marketing cloud integrated its new video-buying tech.

“We’ve started to see Adobe making up a lot of ground in the past year, however,” Mannion said.

Adobe’s “intention trends” have grown quickly, and its DSP product is now the clear fourth option behind the top three in terms of which platforms marketers plan to use in the next year.

Adobe benefits from being a major player that can solidify its DSP’s reputation and create integrations across the ecosystem, two important metrics marketers cite as DSP selection criteria, Mannion said. And Adobe is also an “independent” that doesn’t own inventory, unlike Google, Amazon or AT&T.

The result is that Adobe can compete for practically any up-for-grabs account, whether managed or self-service, while others must focus on categories where they have a strong pitch. 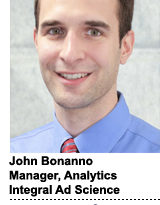 June 18, 2019 Programmatic Comments Off on Does Your Keyword Blocking List Still Spark Joy? 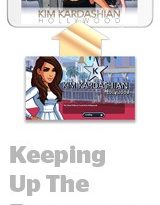