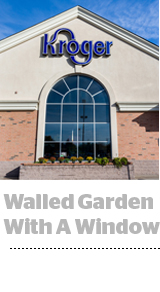 The revelation that Kroger is developing a data-driven ad platform, Kroger Precision Marketing (KPM), to launch next year, underscores how brick-and-mortars are trying to exert control over their data in the same manner as an ecommerce company.

Yet the goal of a true brick-and-mortar walled garden is fraught with challenges.

For decades retailers sold anonymized data to third-party aggregators, but most are beginning to pull back on that side revenue stream, said Sean Cheyney, VP of North American business development for the retail ad tech company Triad Retail Media.

“Retailers are starting to see that open data model as them losing control of their most valuable assets,” he said.

Kroger has alerted agencies and tech vendors that campaigns with KPM must run through 84.51˚, a data and targeting business the retailer purchased from Dunnhumby in 2015, according to three different retail ad tech companies who have been told of the update.

“Kroger sees all this programmatic action happening around their stores and their shoppers and wants a piece of that,” said one mobile retail advertising startup executive on background due to a nondisclosure agreement with an agency.

In expelling outside ad tech, however, Kroger is limiting the scope of its revenue, said another retail ad tech executive working with an agency that told him next year campaigns with Kroger data will go through the competitive 84.51˚.

Consolidating advertising to owned and operated platforms is attractive for retailers because they can manage and tax one pipeline instead of a whole ecosystem, said Todd Diapola, CEO and co-founder of the mobile in-store targeting company InMarket. “But there’s a balance where if you confine digital to one tactic or technology, you start losing out in some cases.”

Retailers interested in growing app installs, which have more long-term value than ads served, may end up reducing the number of store visitors driven to an app store download page if they restrict outside mobile marketers, Diapola said.

It’s also difficult for brick-and-mortar businesses to leverage data as effectively as a platform like Amazon.

Agencies and manufacturers must enforce Kroger’s mandate that customer targeting run through 84.51˚, whereas Amazon and ecommerce marketplaces can impose those policies themselves.

“I think it’s likely agencies will continue using retail point solutions or pushing Kroger to integrate the solution they work with to its ad platform,” said one retail media-buying consultant who works with a brand sold in Kroger. “Those agencies and brands are going to want to run the most effective campaigns they can for their product, and Kroger can’t control its airspace like Amazon controls its environment.”

Mobile location platforms like Foursquare, Google and Facebook have simplified a process to identify and geofence stores, and with a mature cross-device linking market shoppers can be tied to online audiences. None of which requires input from the retailer.

The result is brands can run online retargeting campaigns based on store foot traffic. Rival retailers or brands not carried in the store can also try conquesting those store shoppers.

Cheyney said the move to retail walled gardens is partially about closing down those weaknesses, and also about controlling the overall shopper experience – not just ad revenue.

“Kroger customers will see more relevant ads and offers being served to them, and CPGs will benefit from a more connected and streamlined approach to the consumer,” said 84.51˚ VP of customer communications, product strategy and innovation Cara Pratt.

“We lean toward retailers taking more control when they can because they don’t want their shoppers feeling reticent about sharing information or making a purchase with the store,” Cheyney said. “At the end of the day it’s a relationship between the retailer and the shopper.” 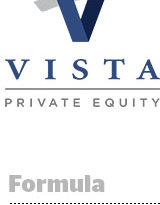 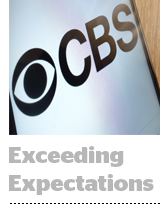 November 2, 2018 Programmatic Comments Off on Political Ads Drive Q3 Earnings At CBS As It Reveals Data And Audience Platform 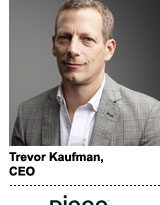