The world’s largest consumer product brands are struggling to grow their US businesses.

While some of the challenges are macro-economic, like increased transportation costs, the biggest factor is the growth of retail private-label brands, which can’t be acquired or stamped out like startup competitors.

Large CPGs are also adjusting to new direct-to-consumer and ad-heavy startup business models, often brought into the company through an acquisition.

Brands are taking different approaches to the problem, but CPG holding companies across the board are revisiting their marketing plans to solidify brand association before someone enters a store and to regain lost market share.

AdExchanger examined a string of recent CPG earnings reports to understand how some of the world’s biggest advertisers and most-recognized brands are approaching the issue.

Mondelez: Bring back US business

North America is “the only region that hasn’t been performing in line with our expectations,” Mondelez CEO Dirk Van de Put told investors on the company’s 2017 year-end earnings report. He attributed Mondelez’s challenges to “a dynamic and competitive retail environment” in the US.

Mondelez lost some of its US shelf space in 2017, which Van de Put largely attributed to a malware attack last June that interrupted the company’s inventory and sales service.

Regardless of the reason, Mondelez will shift its attention and marketing investments to stabilize the US business, even if it means slowing growth in emerging markets.

“We need to see how much leeway we have to do that,” Van de Put said, “because we do have to stabilize our North American situation first and that’s priority No. 1.”

Procter & Gamble may still be the world’s largest advertiser, but it isn’t necessarily trying to keep the title.

The CPG brand operator cut $750 million in advertising and agency costs last year and expects to trim $400 million or so more over the course of 2018, CFO Jon Moeller told investors.

Many CPGs are finding new marketing dollars by reducing supply chain costs, since the trend of zero-based budgeting keeps marketing departments from claiming bigger budgets based on previous benchmarks.

But P&G expects more out of its marketers despite the aggressive cost cutting.

Even with the advertising pullback last year, P&G reached 10% more people in 2017 than the year before, Moeller said, due to improved targeting and media relationships.

After a disappointing end to 2017, including sales declines in the US, Kimberly Clark plans to up its advertising to protect retail market share.

“We were not as strong on our advertising (in Q4) as we need to be, and I think the team has realized that and learned that,” Michael Hsu, group president for Kimberly Clark’s North America consumer products business, told investors.

The growth of private-label brands in particular is “a big reason why we’re very focused on differentiation and advertising,” Hsu said.

Retailers tend to give their private-label products preferential shelf space and in-store marketing displays, which means incumbent brands – like Kimberly Clark’s Kleenex, which is up against growing private-label tissues – must establish stronger associations before shoppers enter a store, where the retailer’s product line has an edge.

Budgets for new ad campaigns are being drawn from savings in the Kimberly Clark supply chain, including factory shutdowns and about 5,000 employee layoffs, Hsu said, as well as by “improving efficiencies by reducing spending on less productive items and non-working media.”

Kellogg plans to “ramp up brand building this year by about $100 million,” CEO Steven Cahillane told investors. Following a $50 million year-over-year marketing lift in the final quarter of 2017, the snack and cereal brand hopes it can reverse falling US sales.

The new brand building won’t drive immediate sales, “but they should improve as the year progresses” and push consumption back up to previous levels, said CFO Fareed Khan.

The marketing boost comes from savings as Kellogg transitions away from direct store delivery (DSD), where the brand representative makes sure products are on the right shelf and properly advertised in stores.

“The reinvestment into brand building was a key element of our transition out of DSD and so you can expect double-digit increases in brand building in our US snacks business as well as smaller increases to our other businesses,” Cahillane said.

Unilever’s overall brand and marketing investments were about flat for 2017, but it’s allocation for media and in-store promotions grew by more than $300 million, said CFO Graeme Pitkethly. That money comes about equally from savings in its supply chain and from television ad production.

Unilever has been on an acquisition spree the past couple years, and “the new business models we’ve acquired and are developing typically have a higher proportion of cost and overheads than traditional models,” he said.

The added costs of Unilever’s US acquisitions, which include a number of tea and beverage companies and the direct-to-consumer men’s grooming brand Dollar Shave Club, fall mostly into marketing, including subscription campaign funnels and pop-up stores to build brand awareness.

Unilever also plans to build an 800-person ecommerce team to drive online sales across its brands, another hefty investment paid for in part by reductions in agency fees and ad production. 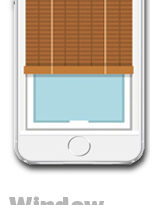 July 12, 2017 Programmatic Comments Off on The Mobile App Space Needs Standards, But Post-View And Post-Click Attribution Are Major Speed Bumps 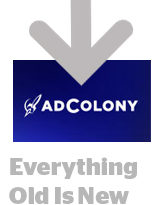 Opera Mediaworks Is Changing Its Name – To AdColony

December 12, 2016 Programmatic Comments Off on Opera Mediaworks Is Changing Its Name – To AdColony

Roku Advertising Skyrockets, As It Uses Measurement To Lure Budget From Linear

November 8, 2018 Programmatic Comments Off on Roku Advertising Skyrockets, As It Uses Measurement To Lure Budget From Linear