AT&T has big plans to operate a programmatic exchange for the advanced TV advertising industry.

Its Monday acquisition of AppNexus gives AT&T the infrastructure and relationships with content owners and buyers to operate that exchange at scale. But it remains to be seen if AppNexus clients will be spooked by its loss of independence and potential conflicts of interest under its new ownership.

Acutely aware of the concern, AppNexus CEO Brian O’Kelley sent a note, obtained by AdExchanger, to clients Monday shortly after the acquisition was announced.

“We entered into this partnership secure in the knowledge that AT&T is committed to maintaining a vibrant third-party ecosystem,” he wrote. “We – and they – remain committed to working with digital publishers, advertisers, technology and data companies around the world.”

Still, AppNexus must convince the market that it’s not prioritizing its parent company and the $85 billion Time Warner content assets AT&T acquired earlier this month.

On the buy side, clients that compete with AT&T and/or Time Warner are more likely to pull back from AppNexus’ exchange, said Oscar Garza, head of media activation at Essence.

Most clients, however, “will take a wait-and-see approach for how the platforms come together and what data and inventory become accessible,” he said, adding that “there’s still lots to figure out.”

Buyers can be somewhat assured by the fact that the purpose of the open exchange is to compare pricing in the market, so “there’s no reason to abandon tech as soon as it changes hands,” said Adam Heimlich, SVP of media at Gale Partners.

Plus, it’s probably not worth the risk for AppNexus or AT&T to alienate the buy side by favoring its own inventory.

“If any seller tries to distort the marketplace by bundling products or otherwise pressuring advertisers against their interests, a cost is paid in credibility, at minimum,” Heimlich said.

Publishers, on the other hand, have cause for concern that AppNexus will favor its own inventory over theirs. They could also worry about their data leaking into a system owned by a competitor.

But once again, AT&T has too much to lose to alienate sellers, and access to the telco’s data and direct relationships is worth the risk for publishers, said Erik Requidan, VP of sales and programmatic strategy at Intermarkets.

“As a publisher, you stand to gain from those direct customers and, in general, data,” he said. “When these sorts of things happen, there’s a whole lot more positive in it than negative.”

There is more for both buyers and sellers to gain than lose by continuing to use AppNexus, agreed Joanna O’Connell, principal analyst at Forrester, who sees potential for “a scaled identity graph, investment in technology and an entry point into TV for AppNexus users.”

“I don’t see any huge, obvious reason why buyers or sellers would jump ship,” she said. “Those seem like good things for them.”

While the technical implications of the deal will take time to pan out, publishers in the short term could use their relationships with AppNexus as leverage to open interesting conversations with buyers, Requidan added.

“You’re trying to get in front of somebody as a media company, and if there’s some interest and curiosity attached to whatever headlines are out right now, it’s going to help you,” he said. 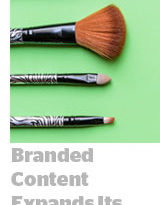 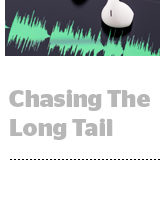