AT&T’s promise to connect data, technology, distribution and content to make advertising better for all constituents is exciting.

So exciting, in fact, that industry executives from both the buy and sell sides gathered in support of the idea at the Relevance conference in Santa Barbara, Calif., this week, willing to help make it happen.

But if AT&T follows through on its promise to use its PII-based data on 170 million subscribers to deliver on that vision, will it become the next big walled garden?

Onstage at the conference, Brian Lesser, CEO of AT&T advertising unit Xandr, said no. He referred to AT&T as a “community garden” where, unlike Facebook and Google, marketers will be able to use their own attribution models within AT&T’s walls and extract more relevant data.

“We want to give data back to our clients so they don’t have to trust us that it works,” Lesser said. “They can ingest the data, model it themselves and make sure it works on their standards.”

Industry executives are optimistic about the prospect and say AT&T is in a unique position to pull it off.

“A community garden is an apt description of what AT&T is looking to create,” said Shaun Zacharia, co-founder and president at TripleLift. “Unlike other walled gardens, the intent is marketers can leave more informed than when they came. They will let marketers take valuable data with them, even if they wanted to stop working with AT&T.”

It’s still unclear what that data is. But onstage at the event, AT&T CEO Randall Stephenson alluded to the ability to offer closed-loop attribution tied to client-specific business outcomes.

“We are at a place where we can begin to complete a full circle for advertisers,” he said. “Did that person see the ad on TV, engage on their smartphone, go to the website or end up on the lot of a car dealership?”

Dentsu Aegis Network US CEO Nick Brien, whose clients are heavily testing Xandr, said marketers are pleased to choose what they want to measure and take data with them, rather than have AT&T grading its own homework.

“Platforms like Facebook and Google have historically been marking their own papers,” he said. “The audiences, the nature of those audiences and their level of engagement has been provided from them. AT&T’s focus is on full transparency and a highly collaborative way of leaning in.”

There’s no technological hurdle for AT&T – or Facebook and Google – to offer marketers more data and the ability to do proprietary measurement, Zacharia added. But because AT&T is both a marketing and media company, it may have more empathy for the needs of the rest of the industry than the duopoly.

“Google and Facebook are product and engineering companies,” he said. “AT&T has sat on the other side. They want to have a more favorable partnership with the industry.”

Partnership was a key theme at the event, as traditional media owners and TV buyers realize they need to team up to compete with the duopoly.

“Where the TV networks use to compete against each other, they now say, ‘If we don’t become more targeted, simpler to buy and provide more measurement, we’re going to lose to the pure digital players,’” said Bryan Wiener, CEO of comScore. “They look at Facebook and Google as the primary competitor, and they’re competing networks as a secondary competitor.”

As AT&T gains more inventory from other content providers and improves its ability to target on TV, measurement will inevitably improve too, Wiener added.

“The more that you are in a marketplace where you’re buying on specific advanced audiences or demos, that allows you to better plan buy and evaluate the success,” he said.

But the extent to which AT&T shares its proprietary data – and invites a community into its garden – will depend on how regulation shakes out on a federal and state level.

“Privacy is the big issue of the day, particularly for advertisements,” Stephenson said at the event. “Facebook and Google are getting better [at sharing] how your data is being used on those platforms. I think everybody involved in this industry is going to have to play by the same rules.” 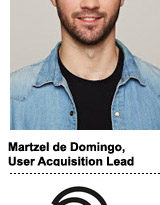 February 16, 2018 Programmatic Comments Off on Ubisoft On Why Devs Need More Than Data To Ferret Out Fraud 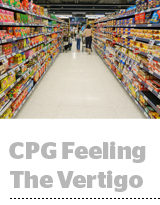 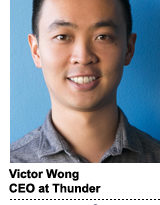 From Drowning In Data To Dying of Thirst: A Data Drought Is Coming For Marketers

July 31, 2018 Programmatic Comments Off on From Drowning In Data To Dying of Thirst: A Data Drought Is Coming For Marketers