Brian O’Kelley’s departure as CEO of AppNexus surprised few in the industry who know him.

His sharp opinions and independent mindset made him an ad tech provocateur and a fearless leader.

But that same personality seemed incompatible with taking a subservient role to Xandr CEO Brian Lesser within the AT&T mega-corporation.

After all, this is the same executive that managed to get fired from Right Media before Yahoo even closed the acquisition back in 2007 over disputes about product direction. After leaving Right Media, he immediately founded AppNexus in order to continue on his vision of what programmatic should be.

O’Kelley, who likes to state his true opinion no matter the cost, has burned bridges with some coworkers, but they nevertheless respected the business he created.

Those who had worked or partnered with O’Kelley painted him as a genius in product and strategy – even if that meant bulldozing the path to execute that strategy and micromanaging employees on the way to his goal.

“He’s always been the product visionary for the company and the driving force for it’s strategy, so losing that is a big blow. Customers and the market are probably really wondering whether AppNexus will be the same,” said Beeswax CEO Ari Paparo, who worked with O’Kelley as a former SVP of product at AppNexus.

O’Kelley also created a strong culture at AppNexus, including one that supported the causes of female leadership and women in tech.

Acquisition was never his goal. In his years of interviews with AdExchanger, O’Kelley repeatedly stated that he didn’t want to get acquired. He wanted AppNexus to go public, allowing it to preserve its independence. Although the company filed paperwork to go public, the sorry state of the ad tech public markets prevented AppNexus from moving further down that path.

“Brian built a tremendous company that absolutely reflected his vision of how programmatic could and should work,” said Jeffrey Hirsch, CMO at PubMatic. “I can only imagine that the size of what he created ended up limiting his ability to innovate ad hoc and, as such, he likely has things he feels he left uncompleted.”

The same people who predicted his exit doubt he’ll leave ad tech for good. “Brian will undoubtedly land on his feet,” one DSP exec said.

O’Kelley still has a big stake in ad tech, having invested in more than a dozen ad tech companies over the years. Most recently, he invested in the seed round of blockchain startup Amino Payments.

“Clearly his internal vision of what can be done drives him, and I imagine we will see more from him accordingly,” Hirsch said.

In the meantime, O’Kelley may be making time for some R&R. His Twitter account, normally filled with thoughts about ad tech and business, has taken a lighter turn in recent weeks. On Sept. 30, he shared a recommendation for “Though I Get Home,” a short story collection by YZ Chin.

“I generally do not like short stories, but this collection rocks,” he tweeted. 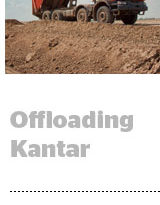 July 12, 2019 Programmatic Comments Off on Bain Capital To Buy Majority Stake In WPP’s Kantar For $4 Billion 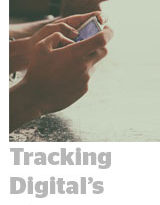 May 10, 2018 Programmatic Comments Off on Digital Ad Market Soars To $88 Billion, Facebook And Google Contribute 90% Of Growth