Reddit’s advertising revenue is a speck on the duopoly’s windshield, but it’s growing fast, albeit from a small base.

The company’s US net ad revenue is set to hit $119 million this year, up from $76.9 million in 2018, giving Reddit a 0.1% share of the US digital ad market, according to an eMarketer forecast released Wednesday.

By 2021, eMarketer predicts that Reddit will more than double its ad revenue in the United States to $261.7 million, a roughly 0.2% sliver of the overall pie. Mobile currently comprises 57% of overall ad revenue at $67.8 million.

Reddit’s growth may be modest by Facebook’s and Google’s standards, but the rate of growth is quite rapid and not too shabby for a company that only started ramping up its advertising efforts in earnest a few years ago, said Monica Peart, forecasting director at eMarketer.

Reddit launched a self-serve ad platform in 2015 and its first official mobile apps for iOS and Android in 2016. A series of ad product announcements followed in quick succession: interest-based targeting, autoplay ads and the option to buy on a cost-per-click basis. Programmatic, however, is not on the immediate road map.

“This is all really quite new for Reddit,” Peart said.

It’s also all really quite new for advertisers, some of whom are open to experimenting with Reddit and others who remain cautious.

“Reddit tends to have more of an open internet philosophy, which means more unsavory content, and so it’s something advertisers can be wary of,” Peart said.

But for advertisers with the intestinal fortitude, Reddit’s audience is a draw for its makeup and potential incremental reach. Reddit users are predominantly male, young, tech savvy, enamored of ad blockers, don’t watch a lot of traditional television and don’t spend much time on other social network platforms, Peart said.

“There is such a thing as a Reddit user,” she said, “and it’s a new set of eyeballs that marketers aren’t necessarily reaching with their other campaigns.”

But Reddit users are also “famously averse to ads,” Peart said, which means marketers that want to get the most out of Reddit need to do it on Reddit’s terms. The ads that perform best on Reddit aren’t just repurposed from other platforms.

Reddit encourages its advertisers to “simply start a conversation … and then basically let go and allow it to flourish and proliferate,” Zubair Jandali, VP of brand partnerships at Reddit, told AdExchanger in a previous interview.

From a marketer’s standpoint, the opportunity to really engage – if the marketer can pull off an authentic conversation – does have a lot of value, but the need to be so bespoke on the platform could also pose a scale challenge for Reddit.

“Advertisers do have to tailor everything they do on Reddit in a style and voice that Reddit users respond to,” Peart said. “The audience could be turned off by something that looks like it could just be on another platform.” 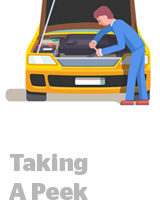 Gartner Magic Quadrant For Ad Tech: Marketers Want A Look Under The Hood

October 19, 2018 Programmatic Comments Off on Gartner Magic Quadrant For Ad Tech: Marketers Want A Look Under The Hood 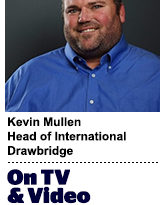 Baseball Economics And The Fate Of App-Based TV

May 2, 2019 Programmatic Comments Off on Baseball Economics And The Fate Of App-Based TV 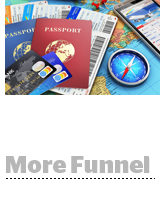