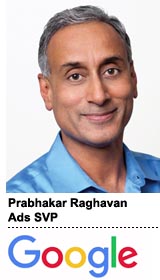 It’s been almost eight months since Prabhakar Raghavan took the reins of Google’s advertising and commerce business, but it isn’t getting any less complicated.

“I have to say, it took me several hour-long sessions before I could grasp all of our data policies,” Raghavan quipped during a candid conversation with four reporters at the Google Marketing Live event in San Francisco.

Leading the ads and commerce group is a hot seat within the Google organization. Raghavan is responsible for bringing home the bacon and his job comes along with enough regulatory and investor heat to, well, fry bacon.

The job is also becoming more complex as Google’s data and ad policies become enmeshed with other Google businesses that were formerly siloed subsidiaries, including YouTube, Maps and Nest, which now houses the entire smart home group.

Raghavan previously worked on products such as Gmail and Docs, which had their own data collection and privacy policies, but ads and commerce, he said, comes with a higher bar. Gmail might scan emails to suggest auto-prompts or connect to a calendar, but the ads team has to filter out that email data and lots of other data pipes on the backend.

Compared to user experience features or personalization, ad targeting uses a fraction of Google’s data, Raghavan said. He found the policy obligations for advertising “both refreshing and frightening” when he took over the business.

The advertising policies are more nuanced because ads and commerce are tying Google properties together.

This month, Google introduced an auto-delete option for user location data that was jointly announced by the Search and Maps groups, as well as new user data controls for the Google Chrome browser.

Those changes are driven by other platform teams, such as Android and Chrome, but are informed by ads and commerce, which understands how policy changes impact monetization.

For instance, browser cookies don’t get a lot of love from users, but Raghavan said that user feedback to the ads and commerce group demonstrates that when people are happy with their browser experience it often actually ties back to a cookie. Say a user forgets the product they were looking for or they had an easy experience booking tickets to a show – cookies can be helpful.

The “platform teams have to compete in their markets,” Raghavan said, “so if they say they need to do this or lose share,” then they go ahead and make the policy and then advertising simply has to adjust.

Most of the nitty-gritty policy work is internal, since it focuses on user experience across different properties. Take the Chrome team or Maps group, which work with ads and commerce to thread the needle on monetization, but ultimately need to respond to user demands for privacy protection.

But it’s the ad group that takes the external brunt of dissatisfaction when policy changes impact brands or the digital media ecosystem at large.

This is most apparent in Google’s extended product and policy testing periods, such as with changes to its auction pricing dynamics, its decision last year to restrict the Google ad server ID – a policy that is live in Europe, but whose global rollout has been pushed back from this year to, likely, 2020 – and with Ads Data Hub, the cloud-based data product that’s been in beta since 2016.

“Would I have liked to be able to say January 2020 we flip on all policy changes? Yes,” Raghavan said.

But timing formal policy changes, especially tying different policy changes together, isn’t feasible when each can put its own demands on hundreds or thousands of varying backend Google services. Making a small change, like, say, how long a Chrome cookie can be retained, is an “immensely tedious process” when you consider the number of places that data is piped, he said.

“It behooves us to do these experiments, even if some linger longer than we’d like,” Raghavan said. “We’re not in the position of letting the ‘perfect’ be the enemy of the ‘good.’” 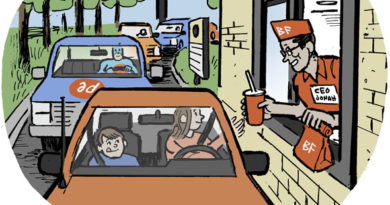 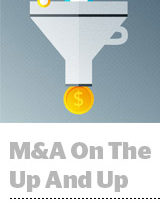 April 4, 2018 Programmatic Comments Off on M&A Deal Values Are Up In 2018 As Cash-On-Hand And Ecommerce Values Soar 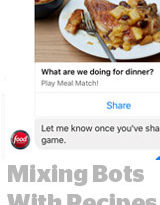 October 10, 2017 Programmatic Comments Off on How Food Network Seasons Its Facebook Messenger Bot