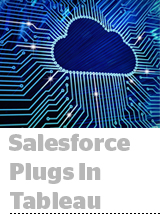 Salesforce has agreed to acquire the data reporting and analytics company Tableau for $15.7 billion, the enterprise cloud giant said Monday.

The deal comes less than a week after Google bought Looker, one of Tableau’s main cloud analytics competitors, for $2.6 billion. So Salesforce and Google have consolidated large shares of the independent analytics market.

“Salesforce’s incredible success has always been based on anticipating the needs of our customers and providing them the solutions they need to grow their businesses,” said Salesforce co-CEO Keith Block, in a press release.

The Tableau deal underscores Salesforce’s reputation as heavy spender, when it identifies a need for its own business. Tableau was trading just above $125 at the end of last week, but the Salesforce price values the shares at about $180.

Picking up Tableau is also consistent with Salesforce’s commitment to filling out more marketing and media capabilities without actually stepping into ad tech and media buying.

Before digit campaign reports are digested by attribution software or sent to a DMP or DSP to turn into targetable audience segments, they’re passed from cloud to cloud by software like Tableau.

“Data is the foundation of every digital transformation,” Block said in the release. “And the addition of Tableau will accelerate our ability to deliver customer success by enabling a truly unified and powerful view across all of a customer’s data.”

While MuleSoft makes the plugs and pipes that send data from one cloud or company to another, Tableau adds the user interface and visualization. A brand marketing analyst or attribution vendor might take data in from MuleSoft APIs, but the software they’re using to create campaign reports would be Tableau.

Salesforce’s also picked up some data-related acquisitions specifically for its Marketing Cloud.

The DMP Krux, which Salesforce bought in 2017, and the customer data platform (CDP) Datorama that Salesforce snapped up for $800 million last year are being fashioned into a single Salesforce CDP, expected to launch as early as late June month, during Salesforce Connections in Chicago.

Salesforce hopes to distinguish itself from its cloud marketing and analytics rivals like Adobe and Oracle by positioning itself as a pure integrator. By contrast, Adobe with its DSP is a media player, and Oracle Data Cloud plugs into programmatic exchanges.

Other marketing clouds have their own ad tech and attribution products. “We see our value in being able to integrate with other attribution providers and make them better,” Salesforce Marketing Cloud chief strategist Jon Suarez-Davis told AdExchanger last year.

This philosophy gives Salesforce an advantage when partnering with other massive enterprise tech companies. For instance, it is the only outside company that can export campaign data from the Google Analytics platform. Such a deal only works because Salesforce doesn’t compete with Google directly, as Adobe or Oracle does. 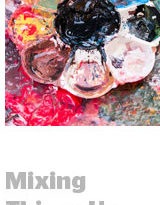 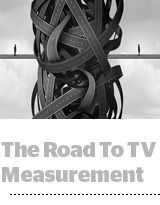 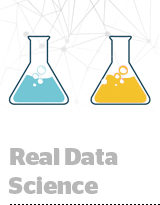 September 14, 2017 Programmatic Comments Off on Machine Learning Startup Amperity Exits Stealth Mode With An Eye On Helping Brands Do More With Their Data