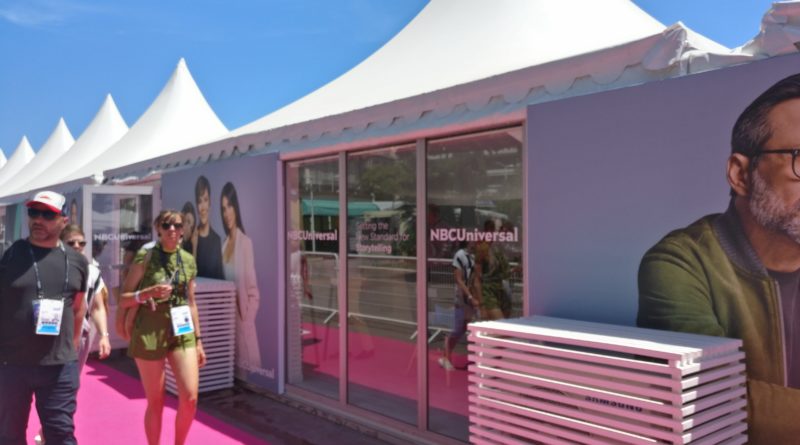 Two years ago, Disney’s presence at the Cannes Lions International Festival of Creativity focused on social inventory within the Disney Digital Network.

This year, Disney has a lot more to pitch, with its refined data strategy, audiences available across all of its different properties, theme parks included, the acquisitions of Fox assets like National Geographic and FX and a controlling stake in Hulu.

It’s not alone. From one end of La Croisette – Cannes’ main drag – to the other, TV ad sellers, including Disney Advertising Sales, NBCUniversal and AT&T’s ad unit Xandr, are all pushing the ability to do data-driven buys across their respective media empires.

NBCU has invested more in the 2019 Cannes Lions than it ever has before, and its increased presence is noticeable, with a large cabana serving as a meeting room. The bigger investment makes sense, given some of NBCU’s recent moves in advertising.

Following a reorganization last October, it rolled its advertising technology AdSmart deeper into the sales org.

“We had really treated AdSmart as a stand-alone entity before,” said Mark Marshall, NBCU’s president of advertising and client partnerships. “It’s no longer an island over there, it’s part of our overall discussion.”

Previously, advertisers had to go to one part of NBCU’s sales team to buy based on demo and to another division to buy audiences through AdSmart. Now, demos and audiences can be purchased together – and AdSmart’s revenue is on track to triple from where it was in the recent upfronts, Marshall said.

Disney, ensconced in a quieter part of La Croisette, is less showy. While it doesn’t have significantly more employees attending the 2019 Lions compared to last year, according to Dana McGraw, Disney’s VP of audience modeling and data science, its presence certainly feels bigger.

Disney can now offer audiences holistically because it is no longer restricted by siloed media groupings – the product of combining ABC and ESPN ad sales under Rita Ferro last September.

But not everyone sees a major shift. Jesse Redniss, EVP of data strategy at AT&T’s WarnerMedia, is having the same conversations as in years’ past.

“Overall, the agenda is still talking with partners and data providers,” he said. “I’m still driving data privacy and data strategy. What I do when I’m here is always the same.”

Redniss, however, comes from a different perch, having arrived in 2016 at Turner, a network that was always among the most progressive for bundling and selling audiences.

Half a mile away, in a palatial MediaLink tent engulfing the pier, WarnerMedia’s sister company, Xandr, is hosting meetings to celebrate its second Cannes. While last year was the company’s debutante ball, with logo-less banners obliquely but conspicuously lining the Carlton Hotel, this year it’s all business.

In May, it unveiled a premium video marketplace where AT&T data could be applied to buys, not just on WarnerMedia properties but also on partner publishers such as Vice, Hearst and Xumo. And little more than a week ago, it rebranded the AppNexus DSP and gave it access to AT&T data.

“In 2018, we made a lot of promises and this year, we’ll have to start proving those promises true,” said Xandr CMO Kirk McDonald.

A demo buy, flavored with audience

And there are significant questions around how to combine audience buying with demo buying. Disney is still working through that process.

“Everyone is after the idea of audience buying, but there’s going to be some mix of both,” said McGraw. “If you want to do one buy across linear, CTV and digital inventory, how do we figure out that these are the audiences you want, here’s where they live, and here’s how we can target them for sure across these interfaces?”

While AdSmart has enabled NBCU to offer the ability to simultaneously buy audiences and demos, Marshall is still trying to figure out the right ratio of ad dollars to allocate between audience buys vs. demo buys.

“Is it 92-8? 8-20? Based on clients’ objectives, it’ll move and change, and we’re trying to figure out some benchmarks by category,” he said.

Besides a marketers’ business objectives and marketing mix, WarnerMedia’s Redniss also believes the audience-to-demo dollar ratios will be determined by TV show.

“Will news and sports go for national scale, less addressability?” Redniss said. “Will long-form content have a different mix? I think it will be very genre-specific. That’s my suspicion.”

Redniss is beginning to test these theories as a member of Project OAR, a coalition started by Vizio to create targeted advertising standards for linear streams in smart TVs.

Addressable in linear? One can only hope

Targeting ads in linear streams is currently wishful thinking – one with many workflow challenges, McDonald said. Xandr is working through the discovery and workflow process through linear.

The goal might be to do dynamic ad insertions in linear as easily as one does it in IP-delivered TV, but ancient linear scheduling systems prevent that.

“It can take a while to sell the ad, traffic the ad, approve the ad and put it in the system,” said Denise Colella, SVP of advanced ad products at NBCU.

FreeWheel, which will soon handle NBCU’s digital and linear ad trafficking, is working to fix the problem, Colella said.

There’s also the question of whether it’s worth the investment. If IP delivery of TV becomes the norm, Colella wondered, is it really worth spending resources on a linear trafficking system?

WarnerMedia has already been working on this problem for a while, Redniss said: “We are in the middle of migrating our systems to an IP-based delivery system.”

Of course, dynamic insertions are actually normal in a linear stream, Redniss added. Consider the dynamic graphics that hurtle across live sports broadcasts. The capability to insert images or messages on the fly already exists.

But the technology isn’t used for an ad serving system, because it can undermine Nielsen’s measurement system.

“There is the issue of breaking the Nielsen C3 ratings systems,” Redniss said. “That’s a big part of getting Nielsen verified: running the same ad creative for the C3 window. If you start swapping out ad creatives on a dynamic basis, it breaks the Nielsen measurement systems.” 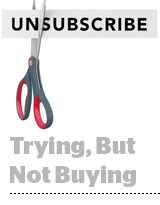 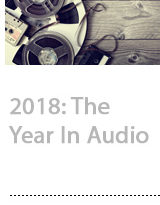 2018: The Year Podcasts Grew Up And Programmatic Audio Took Off

December 28, 2018 Programmatic Comments Off on 2018: The Year Podcasts Grew Up And Programmatic Audio Took Off 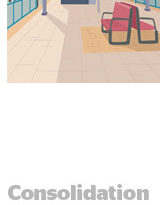 August 25, 2017 Programmatic Comments Off on A Brief History Of Video Ad Tech M&A – And The Future Of Pure Plays