Havas isn’t facing the same pressure to grow as other holding companies are.

“When you’re privately owned, you can focus on the long term,” said the elder Bolloré’s son, Havas CEO Yannick Bolloré, at the Cannes Lions festival on Thursday. “That has been a great help.”

Havas’ size – 20,000 employees – has allowed it to navigate disruption in ways other holding companies can’t. The group reintegrated creative and media teams back in 2015 when it launched its Village model, where agencies located in the same city work out of the same office.

“Everybody is going the same direction, but they are four or five years behind,” Bolloré said. “The competition for scale in the industry was a mistake. I believe in the survival of the fittest.”

When Havas merged with French entertainment giant Vivendi, also part of the Bolloré group, in 2017, it gained the backing of an entertainment conglomerate.

Since the merger, Havas has opened joint ventures with Vivendi in Chicago, Atlanta and New York, called the Annex. In Cannes, Havas announced it would open another Annex location in Bastille, France. It also acquired an LA-based creative agency called Battery, which works with Netflix, to gain a presence in the heart of the entertainment world.

Bolloré caught up with AdExchanger in Cannes.

AdExchanger: What were the biggest themes for you in Cannes this year?

YANNICK BOLLORÉ: One is the quest for more meaning in the way brands communicate. We see that the more people believe that brands share their values, the more they will perform from a business standpoint. Brands are thinking about how to be more meaningful than they have in the past.

The other trend is the increasing importance of entertainment. Entertainment companies are back at the center of attention.

How do Havas and Vivendi complement each other?

Havas brings a lot to Vivendi from a data, analytics, consumer understanding and creative standpoint.

For Havas, Vivendi is a game changer. We’re now the biggest [entertainment] group in the industry. Our market cap is 35 billion euros. [Vivendi also gives us] access to resources and entertainment. We have done great things with Universal Music Group and Canal+.

For instance, last year we had Dubai tourism as a client. We wanted to talk to a younger audience considering Dubai as a destination. Universal Music Group has a group called Imagine Dragons that released a song [in 2017] called “Thunder,” and they were looking for a place to shoot their music video. We said, “You should shoot in Dubai.” It was a great success and example of what we can do to increase consideration for our brands.

Agencies are struggling for growth. Is the holding company model sustainable?

Everyone talks about the P&L, but that’s not the answer. I see what my competitors are doing but I think they got it wrong. They didn’t understand how to do it properly.

The struggle for the other holding companies is they’re too big. It was easier for us. I refused a lot of acquisitions just for the sake of getting scale.

Holding companies are buying data assets. Does Havas need one too?

We acquired one of the leading [data companies] in Europe, FullSIX, five or six years ago. We created a company with a famous data scientist in Europe.

For me, and I think the future will prove me right, we should not own first-party data for our clients. We manage it for them. People don’t understand this data world. It’s very complex. It’s important we have the best tools, but that we don’t mismanage data for our clients.

A lot of clients are bringing data management in house. How is in-housing affecting Havas?

We have created an offer called Home, where we help clients create in-house agencies and become their strategic advisors.

I understand the trend. I believe we should be a media strategy consultant rather than just a media buyer. The industry has been shifting for a long time. It’s been five years that I’m working on this data consultancy. Just media buying is not the future of the industry.

Consulting firms have been wading into the agency space for years. Do you feel threatened?

I’m the largest shareholder of Havas, so I’m pleased that a lot of very rich people want to buy advertising agencies. If no one wanted to acquire agencies, I would be worried. People believe in the future of agencies.

Clients like General Motors are asking for 180-day payment terms from their agencies. How is Havas pushing back on these requests?

We don’t go into this type of discussion because we’re not a bank. We have the liberty not to because we’re privately owned. We have a long-term strategy. We want to create something sustainable. It’s important to be appreciated as a partner for our clients.

What impact has GDPR had on Havas the past year?

In Europe people are very sensitive about their data. It’s important for advertisers to not go too deep in the way we use consumer data. We need to make sure the user doesn’t feel spied on.

But the main outcome is that you just have to say “I consent.” GDPR is a good first step, but it’s not exactly what they wanted to achieve. It’s still very early. It’s going to continue to evolve.

How have regulation, antitrust lawsuits and issues like brand safety changed your relationship with Facebook and Google?

We work very well with Facebook and Google. We have chosen to stick with them since the beginning. We are past [the brand safety issue]. They need to continue to invest in checking the inventory and where they put the ad. But I think they are fully aware of what needs to be done.

My ancestors were fisherman. I believe you have to fish where the fish are.

This interview has been edited and condensed. 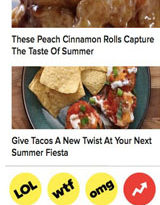 April 26, 2018 Programmatic Comments Off on BuzzFeed’s Tasty Cooks Up A Full-Funnel Campaign For Scotch-Brite 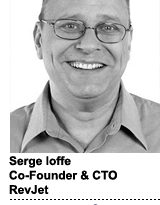 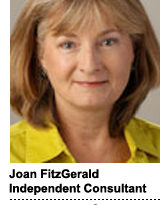