Successful ad tech exits can start a virtuous cycle of entrepreneurship. As AdExchanger previously reported, New York City ad tech exits have fostered a strong network of angel investors who support colleagues in new startups. The same is true for success stories outside NYC and San Francisco. Four years after Millennial Media sold to AOL, that exit has proven a valuable step for the Baltimore tech startup scene, the Baltimore Business Journal reports. Millennial co-founders Paul Palmieri and Christopher Brandenburg invested in new tech companies, including many from Baltimore, and other execs have gone on to found some of the city’s top current venture-backed startups. “You have this great group who’ve had this shared experience of seeing a company go from just a concept, through to an IPO and an acquisition. And now maybe they’ll be able to replicate that,” Brandenburg said. “I believe that’s the true impact of entrepreneurship – that ripple effect.” More (with subscription).

Private equity strikes again! Blackstone said on Monday that it’s planning to acquire mobile ad network Vungle. Terms were not disclosed, but a source with direct knowledge tells Ad Age that Blackstone paid around $750 million in cash for Vungle. The plan is for Blackstone to invest in Vungle’s organic and inorganic growth and extend the company’s footprint across mobile gaming and other performance brands, said Sachin Bavishi, a principal at the firm. The mobile ad network space appears ripe for further consolidation, as advertisers and publishers look to buy and sell programmatically. As part of the transaction, Vungle also reached a settlement (terms weren’t disclosed here, either) with the company’s founder and former CEO, Zain Jaffer, who was pushed out in 2017 after being arrested following a domestic incident. All charges were later dropped and Jaffer filed a wrongful termination lawsuit against Vungle earlier this year. TechCrunch has more.

Voice Of The Regulator

In an interview with Ad Age, Sen. Mark Warner, D-Va., criticizes efforts by Facebook and its peers to propose meaningful data reforms. “Their underlying business model is to get more data to be able to create a more robust product that they can sell to advertisers so that advertisers can better target users,” he says of the tech companies. “So, you’re asking the companies to rethink their basic business model. So far what they’ve said is, ‘We’re happy to have some regulatory framework,’ but when push comes to shove they have not come to the table with much.” Warner, a longtime advocate for tech regulation, says Facebook is dealing in better faith now. “I think they picked up as these things became evident, that Congress was not going to go away, that this attention was not going to go away, that they really needed to take this issue seriously.” Read on.

Caught In A Closed Loop

Amazon’s advertising is similar to Google and Facebook, with users, search results and programmatic audience networks. But Amazon doesn’t exactly fit that mold. “Amazon’s advertising is better understood as an additional tax the company imposes on the millions of businesses that sell through its vast digital mall,” Shira Ovide writes for Bloomberg. As Amazon’s ad business has grown, so too has its share of third-party merchant sales, up from 20 cents per dollar spent in 2015 to almost 30 cents now. There’s nothing new about Amazon’s tactics, which mimic other retailers and digital media companies. “But there is also something perverse about paying Amazon a kind of  tax to make sure your product is seen on Amazon, so people will buy the item on Amazon. Even Google’s ad empire isn’t this kind of a closed loop.” More. 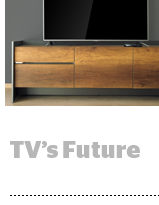 September 13, 2017 Programmatic Comments Off on EMarketer Cuts TV Ad Spend Forecast By $1B Due To Cord Cutters – But Some Agencies See A Brighter Future 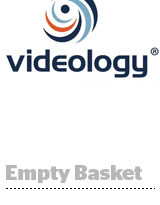 How Videology Stumbled Into Bankruptcy; Trust Busters Vs Google

May 22, 2018 Programmatic Comments Off on How Videology Stumbled Into Bankruptcy; Trust Busters Vs Google 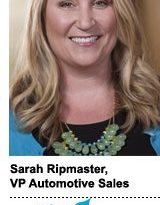