Although connected TV buyers have become pretty sophisticated at targeting and delivering an ad to individual users, managing frequency across video providers is a work in progress.

But despite the industry’s recognition that consumers demand better ad experiences, many viewers find themselves bombarded with the same ad.

Worse, those ads sometimes run within the same commercial pod during the same program, negatively affecting a brand’s exposure regardless of how good the creative is.

So what’s holding frequency capping back? Part of the problem is the industry’s maturity – connected TV is a relatively new channel and supply and demand dynamics aren’t fully fleshed out.

In addition, there are technology challenges like the lack of a universal identifier connecting different OTT environments and poor interoperability between the multiple ad servers and SSPs used by CTV publishers.

But with the hyper growth of connected TV – global OTT revenues are projected to hit $64.8 billion by 2021, according to TV intelligence firm Digital TV Research – an increase in ad spend and total impressions will heighten the need for better frequency caps.

From a technology perspective, the biggest challenge with frequency caps is how they have traditionally been implemented.

Gauging frequency in digital and mobile required a unique identifier, such as a cookie or mobile device ID, said Mark Zagorski, CEO of Telaria, the video ad server and supply-side platform.

“That would allow you to track frequency against multiple platforms and understand how many times a user has been exposed to an ad,” Zagorski said. “But once you start to look at connected TV, which is anything delivered over a Roku or Chromecast, for instance, that’s when the mechanics start to get harder.”

Because Modi still negotiates more than 90% of its connected TV buys directly, which is fairly standard across the channel, it often factors frequency caps into individual RFPs with different CTV publishers.

Winkler says buyers want to manage frequency across multiple publishers instead of negotiating with each separately.

Tal Chalozin, co-founder and CTO of the CTV ad server Innovid, said the disconnect between MVPDs and connected TV publishers adds more fuel to the fire.

“Most publishers are not doing frequency capping because they don’t have a cookie, and most ad servers aren’t well equipped to handle that,” he said.

And in other cases, the lack of persistent identity breaks down frequency parameters. For instance, with services like Discovery or ABC Go, the consumer login is not always tied to the network.

Instead, viewing behavior may be associated with a Comcast or other MVPD TV Everywhere login, which means valuable frequency data stays with the cable provider and “the network often has little knowledge about the consumer,” Chalozin said.

While a universal ID connecting multiple OTT publishers is a pipe dream for now (although device makers such as Roku can analyze viewership data across CTV apps using their own proprietary ID) buyers and tech platforms are creating workarounds to improve frequency caps.

Modi Media, for instance, is working with Innovid to ensure its publisher partners are sticking to the frequency caps they committed to on media plans.

Modi uses Innovid to pull log files of CTV ads and the times, households and IP addresses where they’re running.

Once the campaign is in flight, it looks at each publisher and device on a household or IP-based level using Innovid to identify the unique reach and frequency for each partner across a dedicated connected TV investment.

Modi could then verify that information against data from publishers’ ad servers.

“Some people worry there wouldn’t be enough impressions in the market if we employ frequency caps, but then you wonder if that’s the best use of advertiser dollars,” said Jim Wilson, president of broadcaster Tegna’s ad services business Premion.

Premion works with more than 100 local TV networks and CTV publishers. The company is working toward a cross-network frequency cap that ensures a consumer isn’t exposed to the same ad creative over and over.

“We’ve been building out a data management platform after serving pixels and tags into all our campaigns for about six months now,” he said. “We’re able to track IP addresses across networks, so that we can work with advertisers to ensure frequency capping happens across multiple networks on an individual basis.”

And Telaria is tackling the challenge of frequency capping within the same 60- or 30-minute-long show through a process called ad podding.

“We know any ads that are being served within our system, so we can do things like competitive and creative separation, message separation, which reduces the possibility of repetition,” Zagorski said.

Although it’s possible to halt ad delivery within a single commercial pod, it’s still challenging to do across networks, such as when someone is watching NBC’s “This Is Us” on Hulu or Sling TV, but then switches to another network’s programming or video service.

“It’s inherently a tech problem,” Zagorski said. “In many cases, you’re seeing separate stacks, where a publisher might use two SSPs and an ad server, and maybe some other form of yield management system like Iris.tv. Those systems just need to talk to one another.”

Another lingering issue stymying proper frequency caps is the lack of a scaled supply pool, despite overall growth in OTT.

“There’s only so much inventory out there,” Zagorski said. “When I’m running a big, high-priced campaign, I want to deliver against as many users as I can for the shows I’m buying.”

As a result, publishers may overestimate supply and force delivery to fulfill advertiser requests and meet reach goals at the expense of a frequency cap.

And despite the growth trajectory for OTT ad spend, demand dollars haven’t shifted in spades – yet – because of the measurability gap.

“There’s more pressure now on the basics, such as achieving delivery, than managing frequency, and that’s just a reality,” Zagorski said. “But as we see more inventory, it will create more looseness, and the ability to spread those ads out improves.”

The buy side plays an important role in dictating frequency caps, too, and not every advertiser prioritizes them the same.

“An advertiser like a luxury brand may be more stringent on their frequency caps, whereas a bigger CPG advertiser may be OK with a little more flexibility, partially because they can spend more within a specific flight,” said Modi’s Winkler.

“With a good first-party data solution, you can start to understand which audiences are in, which are out and which you can still convince,” said Yvonne Abt, SVP of media for entertainment studio Open Road Films. “Frequency capping has become a really integral part of helping us figure that out and drive conversion.”

Yet, even Abt acknowledges the disconnect between different parties in the ecosystem, including publishers, MVPDs, buyers and tech vendors – and their willingness to work together to improve frequency management.

Traditional MVPDs are increasingly pressured as more smart-TV manufacturers license their smart-TV data or as device makers, networks and digital platforms unlock their own audience insights.

Thus, there is less of an incentive to share viewership data, which can be viewed as competitive information.

“You have the MVPDs like Spectrum and Comcast, the publishers and the device manufacturers,” Zagorski said. “All have the opportunity to capture data and to use it. Will they share it? Probably not. The question is, who will be the arbiter of capturing that generic frequency data and sharing it back with the brand or agency?” 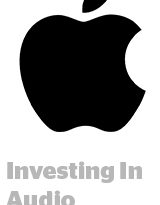 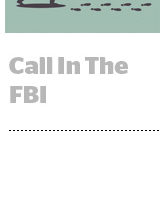 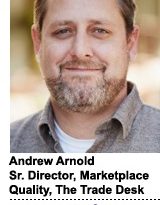