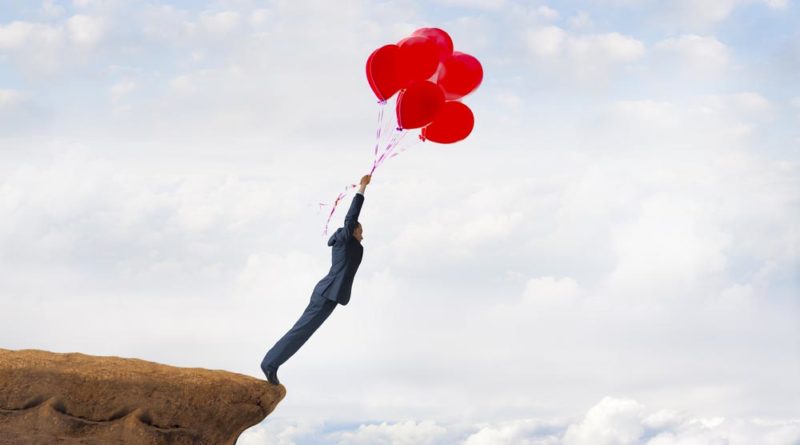 Getting a big brand to shift its marketing approach is about as easy as moving a planet out of orbit. Yet, many see the writing on the wall: If they don’t change, consumers will leave them behind.

As such, big marketers have to take big risks in the hopes that they will pay big dividends in the future. While success is far from certain, the brands listed below are notable for proactively confronting the challenges in today’s uncertain marketing environment.

The ten companies, listed alphabetically, are among the boldest marketers today.

AB InBev has steadily transformed its ability to strategize and execute with data over the past two years. It began with a simple goal: improving frequency management.

The CPG tapped the Krux data management platform to reduce wasted impressions and overlap among its brands. It then developed a data-driven strategy to systematically test its audience targeting to make its ad buys more effective. It brought programmatic media buying in-house to speed up media buying and exert more control. And it found the right partners and developed a methodology to identify the best segments based on demographics, behavior and AB InBev’s own modeled audiences.

AB InBev has now started to evangelize about data quality, hoping to lead discussions about where consumer data comes from and how the data ecosystem works.

It’s no secret that the digital supply chain is a murky mess, but AT&T has a secret weapon to clean it up: blockchain.

The telco, whose history dates to 1876, just after the invention of the telephone, is testing one of the buzziest technologies of the last decade to ensure that its media dollars do their job. Although blockchain-based media buying is a nascent experiment, AT&T is motivated to get to the bottom of the murk.

“You need technology to help you get under the hood right now,” Mark Wright, VP of media services and sponsorships, told AdExchanger in a previous interview. “We’re a significant investor in the bidded programmatic space, and we have a significant stake in understanding where our money goes and if we’re getting our money’s worth.”

A Cure For Opacity

Over the past year and a half, Bayer has been trying to build a transparent media model, said Jeff Rasp, US director of digital strategy for the company’s consumer health group.

Bayer hasn’t fully in-housed its digital media operation, but the starting point was to bring in new talent who could oversee vendors across search, programmatic and analytics. With better insights and oversight of digital media the group can better prove campaign value to higher-ups and thus secure more media investments.

Bringing in programmatic expertise has also led to digital media pilot initiatives that could bear fruit in 2019. For instance, it’s one of the blue-chip brands testing early programmatic blockchain transparency solutions.

Since gaming company EA generates so much data from its products, it can measure the full funnel of its marketing efforts after it releases a game, said Belinda J. Smith, its global director of media activation.

EA measures its media in-house. Over the past year and a half, its programmatic team has grown from seven to 30 people. EA doesn’t just execute buys, but also creates the media plan based on a brief from the EA strategy team. It also maintains its own cross-device graph based on its logged-in users, which it uses for targeting and attribution.

And getting super-granular with its measurement has made EA rethink its performance DNA and focus on things such as brand marketing in a different way, Smith said.

Ad tech middlemen, your account is coming due at JPMorgan Chase.

The banking giant has made no secret of its enmity for tech vendors that don’t pull their weight or perpetuate the industry’s perennial fraud and brand-safety problems. CMO Kristin Lemkau has no time for bluster.

“There are 5,000 ad tech, mar tech, whatever tech companies that all say they have the answers,” Lemkau said in October at the ANA Masters of Marketing conference. “You can no longer entrust it to an agency, a platform or a machine.”

That’s why the brand decided to in-house its programmatic buying and embark on an ambitious project to create its own whitelist for YouTube channels. When a brand like JPMorgan Chase makes moves like these, the vendor and platform ecosystem needs to pay attention: Lemkau holds the purse strings on a $5 billion annual marketing budget.

Kellogg’s is making a big push toward optimizing for online sales. It began adjusting campaigns using offline sales data from Nielsen Catalina Solutions instead of proxy metrics such as viewability.

Across the organization, Kellogg’s is fortifying its brands with more data and upping report frequency. It has weekly or biweekly meetings focused on optimization and which ad creatives, targeting and media partners drive the biggest return on ad spend – all of which is bolstered by data to help Kellogg’s make better choices across all of its marketing.

The Quest To In-House

Nestle has always been on the programmatic front lines.

Some of its brands, for instance, used programmatic for branding as early as two years ago, when most of its peers focused on direct response. From a regional perspective, the company has also built up its programmatic expertise, focusing on scaling its first-party data assets and working with local grocery brands to gain more second-party insights.

In recent months, Nestle has also made big shifts in its global programmatic framework toward centralizing strategies from its Swiss headquarters. While this is a work in progress, it’s a bold commitment to taking full control of its data and media buying across multiple brands and countries.

As an app, Uber was born with user acquisition at the core of its marketing strategy. Now, the company does all performance marketing in-house, including re-engagement and remarketing.

To make its buys more sophisticated, Uber measures performance based on incrementality, or cost per incremental trip as a result of effective marketing, said Bennett Rosenblatt, head of rider display marketing at Uber.

“Anything we invest money into, we need to understand in a valid testing paradigm,” he said. “It’s the most honest way for us to run.”

Next up for Uber: mastering branding.

In 2018, CMO Keith Weed added another chapter to the company’s push for transparency by calling out the lack of accountability in dealing with social media influencers. But Unilever has also made moves internally to grapple with its extensive partner network.

Two years ago, it vowed to oversee some of its own creative development via its production studio, U-Studio. The result was faster creative that was 30% cheaper to produce, the company said in its 2017 annual report. “Savings from advertising production were re-invested in increased media spend,” Unilever noted.

Weed has also criticized agency pricing structures, with their competing P&Ls. At the Cannes Lions festival, he revealed that Unilever is experimenting with a new structure across four of its brands, in which one agency, working across holding companies, works as a single creative “integrator.”

Walmart’s retail marketing strategy in the past year has focused on expanding its online product catalog to make it more like Amazon’s rather than just an extension of store inventory.

One of the core things Walmart is doing this year is refining its advertising for specific categories such as fashion, grocery or home decor, “where we need to modify our bidding approach to be nimble in certain product categories,” Balbale said. Some products, for instance, can be sold online easily. Other sales, such as for food, can be lost without a drive-to-store marketing push. 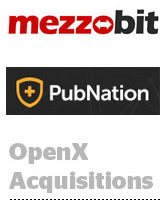 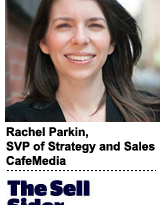 Private Marketplaces: Ripe For The Next Great Transformation

November 22, 2017 Programmatic Comments Off on Private Marketplaces: Ripe For The Next Great Transformation