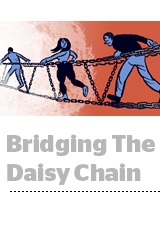 But are blockchain companies ready for the spotlight? And what work needs to be done before marketers or publishers can begin buying and selling media on blockchain-based platforms?

“It reminds me of early days of programmatic when different DSPs were coming out and people were thinking of different ways to transact in the ecosystem,” said David Lee, programmatic group lead at the independent agency The Richards Group.

What problems do they solve?

“There are many meetings that go into a ditch because people are not reconciling certain numbers,” said Josh Herman, Kimberly-Clark’s global director of digital marketing and innovation.

Tyson Foods is working on blockchain pilots to improve its digital payment and reconciliation cycles because it otherwise takes months or even a year to settle campaign performance data, said Trace Rutland, Tyson’s director of media innovation.

“Reconciliation and clearing campaigns [are] a major pain point and will be the first barrier blockchain will actually help clear,” Jolly said.

Payments are a similarly thorny problem for digital marketers, but they may take a back seat to reconciliation, partly because programmatic’s payments problem is a result of marketers disputing results (aka reconciliation), but also because many blockchain companies don’t want to introduce cryptocurrency features into early-stage deals.

What role does cryptocurrency play?

To crypto or not to crypto? That’s the question for many blockchain startups.

“There’s nothing as unsexy as blockchain without the crypto part,” Rutland said.

But marketers aren’t looking for flash.

The blockchain software company Amino Payments has an internal cryptocurrency called Grains, each one-billionth of a penny, but deals with clients only in dollars, founder and CEO Will Luttrell told AdExchanger.

The cryptocurrency aspect of the technology is often set aside because of the association with new – sometimes scammy – online coins people buy and trade, said Jason Kelley, IBM’s global GM of blockchain services.

Cryptocurrencies will become an important part of blockchain advertising solutions, but startups in the space risk losing trust with marketers if they come across as overzealous about the topic, said Rebecca Lerner, executive VP of the blockchain platform startup MadHive.

The blockchain advertising platform MetaX transacts in cryptocurrencies, said global CRO Alanna Gombert, because many crypto startups use the MetaX platform to buy media since major ad platforms like Google and Facebook block crypto or ICO-related ads. Most publishers in its network cover Bitcoin or other crypto news and also trade in cryptocurrencies.

Crypto startups “are a natural first category for us and there’s so much untapped spend there, but when we deal with traditional media companies and agencies we would need fiat support” to deal in government-backed currency, she said.

“There are a lot of companies trying to sell the dream of what the technology could be, but we want to get people to understand there is a specific, real-world problem they have that blockchain can solve,” he said.

NYIAX, for instance, built a blockchain media exchange where publishers can trade inventory futures, but it uses Rebel AI to verify ad transactions and is in discussions with other blockchain technology companies for media-buying solutions like viewability measurement and payment processing, said CEO Carolina Abenante.

Kochava XCHNG, a blockchain subsidiary of the mobile ad company, partners with more than 30 companies to sell data and media, measure campaigns and, most importantly, transfer payments from fiat to the XCHNG token currency, said Kochava CEO Charles Manning.

Are there any live solutions?

There’s a lot of talk about blockchain products, but not a lot of products on the market.

“We’ve talked to many companies that have a concept, but we’d been waiting for a product that could be activated on,” he said.

Working with Lucidity and its supply chain partners AppNexus and Integral Ad Science, the campaign resulted in a huge drop in impression discrepancy, Lee said.

The other solutions on the market are similar alpha or beta programs managed by bucket brigades of established vendors and new blockchain players.

Amino Payments relies on ad tech adopters AppNexus and IAS to integrate their active supply chains with its blockchain ledger.

It will likely be another year or so before blockchain companies have generally available products, as opposed to closed beta tests, Abenante said.

And that’s optimistic. Jolly said it could be three years or more before the industry broadly accepts blockchain.

The blockchain startup community is prepared for a long grind.

Some have raised money through traditional routes. NYIAX has $15.7 million in seed funding, for example, and FusionSeven raised an $8 million Series A round. Lucidity’s investors aren’t public, but it has millions in venture capital backing, said CEO Sam Goldberg. 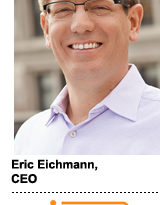 Another Strong Quarter For Criteo, But Questions Loom Around Apple’s Safari Tracking Changes

August 2, 2017 Programmatic Comments Off on Another Strong Quarter For Criteo, But Questions Loom Around Apple’s Safari Tracking Changes 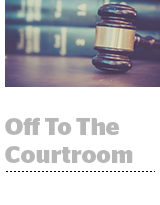 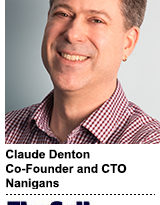 June 20, 2018 Programmatic Comments Off on Your Ad Tech Tax Is Amazon’s Opportunity