WarnerMedia’s announcement Wednesday that three of its top sales executives would leave as part of a reorg reflects changing times in the business of network TV.

Donna Speciale, president of ad sales, Dan Riess, EVP of Turner Ignite, and Frank Sgrizzi, EVP of portfolio sales and client partnerships, are leaving WarnerMedia one year after its acquisition by AT&T. Speciale had been with the company for seven years, Riess for 20 and Sgrizzi for 27.

“This is a significant reorganization and I understand that it is difficult to see our colleagues moving on,” WarnerMedia CRO Gerhard Zeiler said in a memo to employees on Wednesday. “I know that change can be challenging. But remember: Change is also an opportunity, and our ambition is big.”

With the upfronts over, AT&T is installing its own leadership to oversee one of WarnerMedia’s primary revenue streams.

The telco has a history of overhauling leadership post-acquisition. DirecTV CEO Michael White left his post in 2015, the same year that the telco acquired the satellite company.

“[WarnerMedia] senior management was let go and AT&T management came in,” said Jane Clarke, CEO at the Coalition for Innovative Media Measurement. “Now it’s gone down to another layer.”

While Speciale, who spent two decades of her career at agencies, was a good buy-side voice and strategist, Levy had been in network sales for decades. The two operated as a team, and it wasn’t surprising that she followed him out the door, sources tell AdExchanger.

There were also hints of philosophical differences between Turner and AT&T leadership. As one of the initial architects of OpenAP, Speciale was a proponent of industry collaboration. But WarnerMedia pulled out of the consortium in April, indicating AT&T wants to take a more competitive route toward owning the TV platform of the future.

“They want to direct the strategy and they just don’t need the old Turner way of doing it,” Clarke said. “The only way to do that is to take out the top level and retrain the level below it.”

One team, one dream

One year into the merger, AT&T could be looking to consolidate its sales leadership, remove silos and cut costs across senior staff. Having an integrated sales team and strategy will allow WarnerMedia to go to market with a cohesive offering, while also operating in a leaner way as the industry evolves.

“AT&T has a huge amount of debt,” Clarke said. “The market is punishing them for having a lot of debt, so they have to come up with ways to improve that.”

Others think it will play out the other way around, with WarnerMedia folding under Xandr to transition the organization toward data-driven and programmatic sales. AT&T’s vision is to operate Xandr as an open marketplace for data-driven TV buying, and putting the group under WarnerMedia could turn off other networks from participating in that marketplace.

“The whole ad sales proposition is becoming data-driven, cross-platform and attached to premium content,” Clarke said. “It’s a different way of selling that may be more like digital.”

While Zeiler is serving as interim ad sales president, a spokesperson said no one has been confirmed to take Speciale’s job permanently, nor has AT&T made any decisions around merging Xandr and WarnerMedia.

Evolution is a challenge facing all TV networks, as ratings fall and audiences erode. Disney recently consolidated its ad sales group under president Rita Ferro, NBC has been going through sales reorgs and layoffs for the past five years and Viacom restructures its business almost every year, agency buyers told AdExchanger.

“There’s been a huge, gradual transition of old TV sales people and bringing new data-driven people in,” Clarke said. “This is the most drastic, and I think it’s because they have to cut costs.”

Sales executives are often the most expensive line items on a media company’s budget – especially the leadership team. And with the launch of Xandr almost a year behind it, AT&T may be growing impatient with achieving returns.

“AT&T is a pretty numbers-oriented place,” a source told AdExchanger. “They’re going to face an inevitability that you don’t want two sales organizations in the market.”

Future of data-driven TV at Warner

While shake-ups on the sales side can be disruptive for agency buyers, most agree that leadership departures won’t affect how they work with WarnerMedia or its vision for the future of TV ad sales.

Speciale was a driving force behind enriching WarnerMedia’s inventory with AT&T data, but her exit doesn’t signal a shift in AT&T’s vision to create a data-driven TV marketplace. The company has already invested too much down that path, between its acquisition of Time Warner, the launch of Xandr and its subsequent purchase of AppNexus.

Plus, the promise of AT&T data could help WarnerMedia differentiate in an increasingly competitive and declining linear TV marketplace, sources tell AdExchanger.

The process of getting there, however, might be more difficult than AT&T CEO Randall Stephenson initially thought. Buyers wonder how a change in leadership may affect AT&T’s longterm strategy. 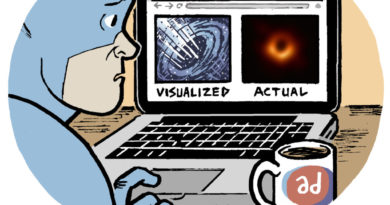 Comic: View Of The Customer

April 12, 2019 Programmatic Comments Off on Comic: View Of The Customer 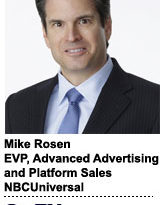 Long Commercials, The Flash-Matic And The Four Cs: Lessons For TV Marketers

July 30, 2018 Programmatic Comments Off on Long Commercials, The Flash-Matic And The Four Cs: Lessons For TV Marketers 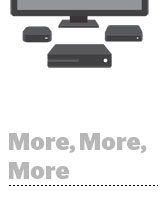 OTT Ad Space Is Opening Up; Verizon May Have Its Eye On CBS

December 14, 2016 Programmatic Comments Off on OTT Ad Space Is Opening Up; Verizon May Have Its Eye On CBS