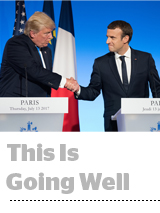 It’s A ’xu Out There

OpenAP, a TV audience measurement and targeting consortium backed by Fox, Viacom and NBCUniversal, selected dataxu as its go-to DMP and data match service. Read the release. Dataxu’s OneView DMP will let OpenAP members build audience segments. In using a common DMP, OpenAP can better achieve its mission, which is to create common definitions of audiences across the different networks. In the fall, OpenAP 2.0 will be released, which will let ad buyers activate those audiences across publishers.

Verizon spoke to potential buyers for Yahoo Finance earlier this year, as it was reshaping its media division (and changing the business brand name from Oath to Verizon Media), Reuters reports. Yahoo Finance has been a bright spot for Verizon’s struggling media business, which it wrote down by $4.6 billion last year. The site drew in over 100 million monthly global visitors on average in 2019, according to Comscore, and is a major online portal for business and financial news. Verizon disputed that it was looking for buyers for Yahoo Finance and said it was approached with an unsolicited offer. “Yahoo Finance is integral to Verizon Media’s growth strategy,” a spokesperson told Reuters. More.

France passed a 3% digital tax on the French revenues of US tech giants, ignoring the threat of a US investigation into whether the tax is “discriminatory or unreasonable.” The final outcome could be either a negotiated settlement between DC and Paris, or the president levying tariffs against French imports like wine or cars, the Financial Times reports. It’s an aggressive response. A similar investigation of Chinese technology policies precipitated the current trade war between the United States and China. The French tax caught the ire of President Trump because it falls on companies with digital revenues of more than $840 million globally and $28 million in France – which is heavily weighted to Apple, Google, Facebook and Amazon. The only French company affected by the tax is Criteo. More. 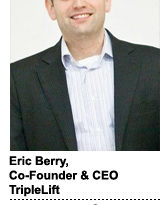 Is Blockchain The Best Solution For Ad Tech’s Most Pressing Problems?

August 22, 2017 Programmatic Comments Off on Is Blockchain The Best Solution For Ad Tech’s Most Pressing Problems? 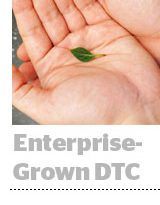 Big Brands Take On The Challenge Of Building Their Own DTCs

April 4, 2019 Programmatic Comments Off on Big Brands Take On The Challenge Of Building Their Own DTCs