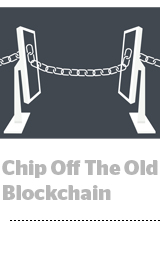 Blockchain, an unmodifiable and unbreachable digital ledger, was conceived 10 years ago to support the cryptocurrency bitcoin. But it has since seeped into new categories, jumping from finance to health care and, more recently, digital advertising.

It’s doing so with the backing of big companies like IBM and Comcast, as well as smaller startups like MadHive and Rebel AI.

Why all the excitement?

While government-backed legal tender is secured in bank vaults, bitcoin uses a blockchain ledger to guarantee security by providing full transparency around the currency. The ledger tracks each unit of the currency ever created or transacted, and the number of bitcoins held by any individual as well as the path of any single unit of the currency are visible to all.

By applying blockchain technology to ad transactions, data owners can securely share their assets without exporting or handing them over to another stakeholder. And media owners can strike a blow against unauthorized sellers and domain spoofers.

Despite the ad tech community’s interest in blockchain, the potential applications – and their level of maturity – vary dramatically.

So what can blockchain do for the ad industry?

For ousting intermediaries, here’s blockchain’s role: an unethical media seller could trick buyers by creating near-clones of legitimate URLs and tags, like CNN-trending.com or NBCcom.com. A blockchain would stop those capers, since publishers and resellers would be recognizable from their unique blockchain keys instead of gimmicky names, and each unit of inventory would trace back to a true source.

Facilitate data sharing: For most companies, their data is among their most valuable assets. So it’s no wonder that data sharing – even with trusted partners – can be fraught. But some vendors are pushing blockchain as a means to log data transactions, so data owners know exactly which of its available data assets its partners took, and when.

Comcast also revealed a blockchain-based coalition of broadcasters, including Altice USA, Cox, NBCUniversal and Disney, who would share their data and record those transactions in blockchain. So a vetted, trusted media buyer could execute a campaign against segments provided by members of the Comcast consortium.

The process relies on “smart contracts,” automated protocols that manage transactions on a blockchain. So if Comcast and Cox have different inventory rates for specific content or audiences, or if a buyer wants to blacklist certain supply sources, that’s baked into each company’s smart contract and dictates how others on the blockchain can access its data.

Reselling inventory: NYIAX, a Nasdaq-backed startup that aims to sell media futures contracts over a blockchain, hopes to make advertisers comfortable with buying future inventory contracts. If successful, NYIAX could give pubs more flexibility in how inventory is packaged. Advertisers could lock up inventory over the long term and pubs could score bigger upfront deals or offer different types of discounts. And in this instance, blockchain would serve as the ledger recording all of these transactions – and their value.

Before anyone gets too excited, remember that blockchain ad tech is still in its infancy and many of the tools supporting the aforementioned applications are still in beta or alpha, or are still as vaporous as an idea.

Comcast’s blockchain platform isn’t expected to go live until 2018. AdLedger is still forming a working group that will dictate policy and API specs for its platform. And NYIAX is still developing proofs of concept with beta partners.

“We’ve talked to hundreds of publishers, all the big holding companies and agencies within them, and it’s a slow, methodical, phased-in approach,” said NYIAX CEO Lou Severine. “It’ll be some time before we’re in an RFP-type stage.”

But blockchain technology is interesting enough such that trade groups are assessing it. The IAB is “in an exploratory phase” on blockchain and is in talks with startups from the new blockchain ad tech cottage industry, said Alanna Gombert, general manager of the IAB Tech Lab.

IBM’s Guglielmino said blockchain startups today are using various methods, “but as consensus comes to the space, existing systems will be more integrated.”

He added, “What’s important is to set the bar with standards. Then it will be available to anyone to leverage if their companies can step up to that bar and demonstrate value in the chain.”

Blockchains face tough hurdles in the ad arena. Chief among them: It’s too slow to scale.

“The distributed nature of the blockchain existing and updating alongside every computer on the network around the world is both the benefit and the challenge,” said Will Luttrell, co-founder and former CTO of Integral Ad Science who is in a beta phase on blockchain technology startup Curren-C.

Blockchain’s latency makes it impossible, at least for now, to enter the RTB market. Which is partially why early market entrants like Comcast’s platform or the AdLedger Consortium are focused more on data sharing and campaign planning than actual media execution.

Confirming transactions on a blockchain ledger takes 10-30 seconds, according to Manny Puentes, CEO of the blockchain ad tech startup Rebel AI. “There’s going to be a lot of development before they can get that down to the milliseconds used to measure online ad calls.”

NYIAX works around this issue by selling guaranteed future media and not live inventory.

“The speed isn’t there and, frankly, may never be,” Severine said.

Whether blockchain transactions will ever fit into an RTB ad tech stack remains an open question for those occupying the market niche.

Blockchain ad buying will start with direct deals between media companies and pilot agency or brand partners akin to linear TV contracts due to real-time latency, Gombert said. “But once it gets better, and it is, it isn’t necessarily limited.”

Brands and media companies are demanding transparency from digital media – but too much of a good thing can hurt you.

“In addition to scale and speed, there’s a transparency issue that’s tricky to negotiate,” Luttrell said.

Consider Comcast’s blockchain initative. The broadcasters involved want to expose some data to some buyers, but they don’t want other broadcasters on the platform to see what kind of data they share, who they share it with or what rates they charge. Neither do they want their DSPs, SSPs or ad network vendors to be publicly available.

Blockchains are incorporating more supply chain stakeholders, said Ken Brook, CEO of blockchain advertising company MetaX. “But as you start adding proxies, vendors and data that impacts the logic and delivery of campaigns, it gets technically challenging.”

MadHive: One of the early advertising blockchains, MadHive is pursuing a partner-driven growth strategy with an early focus on OTT ad budgets. IBM is the first enterprise partner for MadHive’s AdLedger Consortium, which it hopes will be transacting data-for-data deals, if not actual media buys, by the end of the year. “Advanced television is where experimental budgets are happening right now,” said founder Adam Helfgott.

Rebel AI: This blockchain ad tech startup is hoping to develop direct pipelines between media partners and potential agency or DSP buyers that “are more like the verified relationships buyers used to have with media companies,” Puentes said. The startup’s go-to-market play is as a secure buying channel for publishers that want to avoid ad fraud and quality concerns on open programmatic exchanges.

MetaX: MetaX is experimenting with a mix of blockchain and off-chain solutions as it tests use cases in online advertising. The company hosts a nonprofit blockchain platform, MetaXchain, while the for-profit entity develops applications that sit on top of its blockchain, like data sharing or attribution tech. The startup is working with one DSP, a brand and an advertising trade group, though none are public, on ways to apply blockchain on behalf of companies that mistrust digital media.

Comcast: With its own extensive broadcast portfolio and cable pipes into homes across America, Comcast is pursuing a blockchain data-sharing as a way to allow first-party data matching without the web of intermediaries, like legacy data players Acxiom and Experian, as well as addressable TV ad startups forming a new layer within the broadcast Lumascape, that add value but absorb margins. Comcast’s Blockchain Insights Platform has another year and a half before it’s set to launch from beta, but even with that time educating stakeholders and developing tech integrations is a tall order.

NYIAX: Backed by Nasdaq’s proprietary blockchain technology, NYIAX aims to let traders buy and sell the rights to future digital media inventory. This would allow online media companies to package guaranteed inventory more like upfront TV deals, though it faces a potential challenge onboarding publishers, who don’t think of their inventory as a commodity like salt or corn that can be sold like every unit is equivalent. NYIAX hopes its ad tech Rolodex, with a C-suite made up of former AOL execs and Mediaocean founder and CEO Bill Wise as an investor, will help it get past those sticking points.

IBM: The tech giant is in a relatively strong position to establish Bluemix, its cloud-based services suite, as a blockchain frontrunner, Guglielmino said. Ad tech blockchain startups are in the uncomfortable position of finding revenue in a system that doesn’t process budgets yet, whereas IBM could stomach the R&D costs and apply advances in the technology to other industry verticals, like health care and finance. 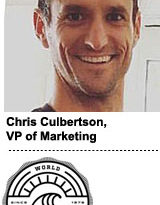 April 24, 2018 Programmatic Comments Off on The World Surf League Catches A Data-Driven Wave 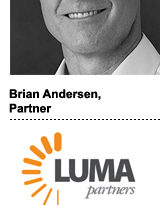 LUMA On Omnichannel: It’s Really Starting To Come Together

January 6, 2017 Programmatic Comments Off on LUMA On Omnichannel: It’s Really Starting To Come Together 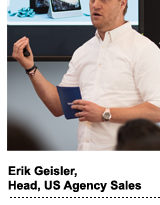