For the big six holding companies, 2016 was a year of acquisitions, restructures, reviews and leadership shakeups, centering expertise around data and digital.

But they also engaged in strategies at odds with best practices and client interests. Faced with shrinking margins and rising technology costs, holding companies found new ways to eke revenue – methods that put them in the spotlight of an investigation into media transparency by the Association of National Advertisers and K2 Intelligence.

And clients got more territorial over first-party data as pressure on agencies to prove performance grew.

Yet, financial analysts agree that holding companies remain in a solid position with opportunities to grow in 2017, despite potential challenges, such as the Department of Justice investigation into bid-rigging for production work.

“Large marketers will continue to realize significant benefits from working with agency holding companies as the costs of bringing work in-house are too high for most to tolerate,” wrote Pivotal analyst Brian Wieser in a recent note to investors.

However, he also told AdExchanger: “All agency holding companies will have to continue to address transparency issues. Ongoing efforts to improve margins – already a normal state of existence – will continue at the same time as clients push harder and harder to reduce like-for-like fees.”

“The bigger entities, I’m not sure what else aside from acquisition they can do to grow substantially, given their size,” she said.

Omnicom Swept Up And Bet Big On Data

Omnicom dominated agency reviews this year with its data and analytics unit, Annalect, at the core. Omnicom Media Group (OMG) didn’t restructure, but it gave birth to data-driven twins.

“The story for Omnicom is around taking Annalect, which was a standalone service shared across the agencies, to something that sits in the center,” Forrester’s Sikowitz said. “Next year, we’ll see more of the same. They’ve done extremely well with it.”

When McDonald’s announced it would review its creative account under a performance pay model, Omnicom’s DDB marched in with Annalect and won the account. It launched a full-service agency called We Are Unlimited, to be paid on its ability to drive Big Mac sales.

Next year, Omnicom will likely continue to bring Annalect’s data expertise closer to its media agencies within OMG, including legacy media shops PHD and OMD.

Wieser said that Omnicom did well this year, but should keep a sharp eye for competition:

“Coming off of a very successful 2016, expectations to continue may be difficult to live up to if WPP and Publicis become more competitive.”

This year, Xaxis leadership moved up in the ranks at GroupM, signaling to the market that WPP is doubling down on addressable media.

In November, GroupM split itself into two arms, Media Investment and [m]Platform. The latter would centralize tech and data expertise. GroupM Connect, GroupM’s media-buying alternative to Xaxis, would live within [m]Platform, but Xaxis would remain a separate unit. [m]Platform will be run by Xaxis CEO Brian Gleason, among other Xaxis leadership.

“It’s kind of the same as the Omnicom story,” Sikowitz said. “WPP is doing something similar with Xaxis: obliterating the trading desk model and integrating those executives into the mainstream agency to bring the data and platform focus to the center.”

After ending its trading desk VivaKi in 2015, Publicis streamlined its media agencies into four global brands. Starcom Mediavest split into Starcom and Mediavest. The latter then merged with Spark to become Mediavest | Spark. ZenithOptimedia split into Zenith and Optimedia, which merged with – and was rebranded to – Blue 449. Still with me?

Publicis also merged SapientNitro and Razorfish in November to create SapientRazorfish, hoping to break down silos across digital and technology.

Amid the busting and fusing, Publicis continued embedding programmatic expertise in its digital and media agencies, playing out its decentralization of VivaKi.

“Starcom was one of the first agencies to have a broad training on programmatic,” Sikowitz said. “They’ve been talking about the fact that programmatic can’t sit alone – it has to flow through all of the media buying, planning and strategy.”

At the holding company level, Publicis’ chief revenue officer Laura Desmond left her role in the hands of Rishad Tobaccowala, chief strategy officer and former chief strategy and innovation officer at VivaKi, bringing programmatic expertise higher up in the ranks.

Disruption and a slew of account losses meant slow financial growth for Publicis.

As other holding companies streamlined their media arms to put data and programmatic at the core, IPG Mediabrands and its trading desk, Cadreon, stayed largely the same.

“Why reinvent the wheel twice, and why spend dollars twice?” IPG CEO Michael Roth told AdExchanger in May.

On a Q3 earnings call, Roth said IPG will focus next year on scaling data and analytics across its agency brands and hinted at acquiring a data-management platform. But a centralized data offering still isn’t clear, Sikowitz said.

“I don’t feel like they have the same scale that WPP, Publicis and Omnicom have in terms of programmatic and digital media,” she said. “I’m not sure what the data asset is.”

Wieser agreed that scale continues to be an “issue” for IPG Mediabrands outside of the US.

IPG will be well positioned if performance-pay models catch on with more clients, as the holding company has been using the model for years.

“I’m willing to put skin in the game if we don’t deliver to not get paid, but if we do deliver, we should get paid for what it’s worth,” Roth said.

Dentsu Doubled Down On Data and Programmatic

Dentsu Aegis had an acquisitive year.

In August, it bought CRM and data marketing agency Merkle, adding a trove of first-party data and people-based marketing chops to its network. It’s not yet clear where Merkle will sit, but it will surely give a data-driven boost to Dentsu’s media and digital shops.

“They’ve been very vocal about building a strategy and solution set for the digital economy,” Sikowitz said. “Merkle is very much a part of that.”

Dentsu also purchased programmatic specialist shop Accordant Media, which it will embed into its trading desk, Amnet, to bolster its expertise there.

“Programmatic is the way of working in the future, and we’ll continue to invest in people who have the skills and technology to support that,” said Dentsu CEO Jerry Buhlmann.

A merger between digital agency 360i and media agency Vizeum in September scaled Dentsu’s programmatic and digital offering.

In 2017, Dentsu agencies will aim to remain noncompetitive with each other, Sikowitz said.

“Dentsu doesn’t acquire a lot of competitive assets,” Sikowitz said. “I think their goal is to keep those assets noncompetitive and make sure each agency has a defined role.”

This year, clients have called for greater integration of creative and media services. Holding companies have struggled to achieve that integration because institutional silos keep them apart.

But the Havas Village model is at the forefront of that trend, bringing all the capabilities a client needs together in one office. It will continue to build out that strategy next year, Sikowitz predicts.

“Clients are looking for an integrated offering around creative and media,” she said. “With the Village model, they’ve put together solutions for clients that really seem to be working.”

In November, Reuters reported that Havas is cozying up to French media conglomerate Vivendi. Both entities are owned in part by the Bolloré family, so a potential tie-up would not only make sense but also be relatively easy to iron out. 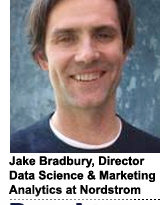 Building A Robust View Of Customers’ Marketing And Purchase History

August 13, 2018 Programmatic Comments Off on Building A Robust View Of Customers’ Marketing And Purchase History 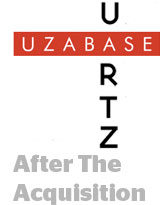 Mining Quartz: What Uzabase Is Up To Post-Acquisition

August 10, 2018 Programmatic Comments Off on Mining Quartz: What Uzabase Is Up To Post-Acquisition 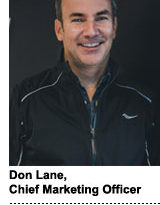 Saucony Exercises Instagram To Expand How People See Its Brand

June 19, 2019 Programmatic Comments Off on Saucony Exercises Instagram To Expand How People See Its Brand

From Brand Safety to Brand Suitability

Brand safety has been high on marketers’ agendas since the 2017 YouTube crisis, when some advertisers found their ads next